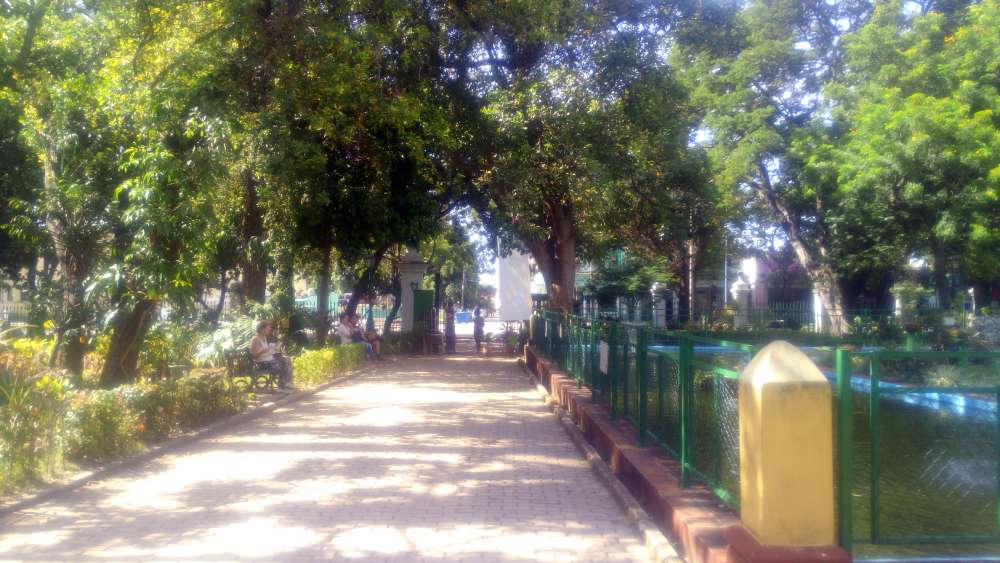 Among the many entertainments of Cuba are its amazing landscapes and unique flora. Botanicals garden were created not only to represent the natural values of each country but to show the general public about their values. Just few days ago, we celebrated another anniversary of the foundation of the first Botanical Garden of the country. Today, Espíritu Travel would like to take you in a visit to the most important and creative botanicals garden in Cuba.

Science and beauty: the first Botanical Garden in Cuba

There are men with vision who have the power and the desire to bring change around them. That was the case of Juan José Díaz de Espada y Fernández de Landa known as Bishop Espada, the second bishop of Havana. He took possession of Havana’s Dioceses in 1802, and, since that moment, he encouraged a scientific, pedagogic and cultural revolution whose fruits we can still appreciate today: the elimination of burials in churches and the construction of the first cemetery in Havana, the foundation of the first public library, the San Alejandro Drawing and Painting School and the first Botanical Garden of Cuba.

The Botanical Garden was inaugurated in May 30, 1817 to study the importance of plants for the industry. Can you guess where it was located? It occupied the terrains where you will find today the National Capitol and the Parque de la Fraternidad! Imagine that, the popular area you will be walking during your first day of visit with us, was time ago a gorgeous forest-like park.

Few years later, the Botanical Garden was translated to the Quinta de los Molinos, a terrain in the proximity of the Vedado, which use to be a relaxing place for aristocratic families of Havana. It became an institution for the formation of biologists and other scientists. Today, revitalized by the Office of the Historian of the City, the Quinta the los Molinos is beautiful park full of butterflies and huge trees of all over the world. It offers numerous activities focused in the conservation of Cuba’s flora and fauna, focused specially on the little ones!!!

If you want to visit the Quinta de los Molinos, your guide will be happy to arrange it for you.

If you happen to explore the city of Cienfuegos, you’ll surprised by the clarity of the streets and the loveliness of the French-influenced mansions. Then, don’t miss the oldest Botanical Garden of Cuba! It was founded in 1901 by the entrepreneur Edwin F. Atkins, who acquired a sugar factory called Soledad del muerto in the area. Atkins expected to create a research center to ameliorate his sugar canes varieties and increase his production, however the so-called Harvard Botanical Station for Tropical Research and Sugar Cane Investigation became an important institution for the study of worldwide flora. In that moment, it had an extension of 4,5 hectares and its specialist came from the United States. In 1960 Harvard’s representatives abandoned the country and the botanical garden passed to be related to different educational and investigative centers.

It possesses a very valuable and exclusive collection of autochthonous American, Asian and European plants. Explore this National Monument, nowadays a site of 97 hectares with more than 1410 species is entering in a paradise surrounded by palms. Did you know it treasures 280 varieties of palm trees? Amazing!

Very close to the renown Expocuba is the National Botanical Garden, a place not only for nature lovers, but for those who would like to have a nice time in family while learning about Cuba.

It is divided in crystal pavilions which explore Cuban and International Flora, with more of 4000 species represented. You can walk around and have a nice picnic in one of the many facilities of the Garden, or take a little bus which will take you around. One of the favorite locations for visitors is the Japanese Garden, built in a style that represents a pavilion over a lake. The flowers, the Asian flora, the use of carved bamboo and the representation of Buddhist pagodas, made it authentic and captivating.

The Jardín Botánico Nacional contains the sacrifice and dedication of many professional, especially Prof. Dr. Johannes Bisse from the University F. Schiller of Jena, Germany. Since his arrival in 1966, he worked with all the heart to plan and found the National Botanical Garden. Artistic and relaxing, this Garden is a place you don’t wanna miss.

Everybody likes orchids! Now imagine to be surrounded by more than 20000 flowers among the mountains….Just a paradise! Soroa’s orchideary is located at the Province of Artemisa, town of Soroa, in Cuba.

Loved by locals and foreigners, few people know that is the result of the sorrows of a man. In 1943 the lawyer Tomás Felipe Camacho created the garden “Rancho Pilila”, in honor to his daughter Pilila and her baby, which had recently passed away. Camacho was a member of the Cuban Orchids Society, the American Orchid Society and the Eastern Orchid Congress, soon he gathered a great collection with species from Asia and America.

Today, travelling to Soroa is unthinkable without visiting the Orquideario. The ancient house of Rancho Pilila became a research and experimentation center, and the most beautiful orchids garnish the trees of the area with its delicate colours.

In Santiago de Cuba, there is a place who was born from the dream of an enthusiastic and dedicated man: the Ferns Garden o Jardín de los Helechos de Santiago de Cuba. It was started by Manuel G. Caluff in 1976, a particular collection which would soon attract hundreds of people. In 1984, its creator decided to donate the collection to Cuba’s Academy of Sciences and it was nominated as the director of the garden.

Ready to be astonished by Cuba’s natural and scientific heritage? Contact us today and we will help you planning the perfect trip to Cuba.