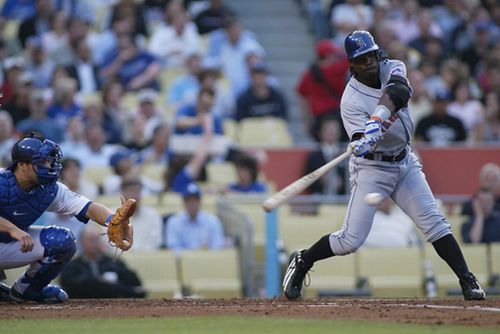 Though they are two different countries in many aspects, the United States and Cuba have one major thing in common: a crazy love for baseball. Many assume that soccer takes the number one spot as most popular sports in Cuba, but like in the US, baseball is Cuba’s most popular sport.

History of Baseball in Cuba

Baseball was introduced to Cuba shortly after it was started in the US in the 19th century thus we can say that it was a product of geographical proximity. It was embraced by many Cubans in the 19th century as a political act against Spanish rule. Cubans adopted it, although forbidden since it was an American sport, and opposed Spanish bullfighting.

Despite the souring of the relationship between Cuba and United States after Fidel Castro rose to power in 1959, baseball has remained Cuba’s national pastime. Castro was a huge fan of baseball and even outlawed professional sports in Cuba in 1960s. He instead formed the National Institute of Sports to create a nationwide league for athletes. His aim was to make athletes play for the love of the game and people, and not for money.

To take you back to the history of baseball in Cuba, the first official baseball match took place in Pueblo Nuevo, on December 27, 1874. The match was between Club Habana and Club Matanzas, with the former winning 51 to 9, in 9 innings.

The Cuban League was organized in 1878 and consisted of three teams namely; Habana, Mantanzas, and Almendares. The season consisted of four for every team. Habana went undefeated in that first championship and won it. The teams consisted of all white men and were amateurs. However, the league started gaining professionalism as teams started bidding players from rival clubs.

The Spanish-American rivalry increased opportunities for baseball players in both Cuba and America. After Cuban teams started accepting best players from Negro Leagues, the level of play began to rise, and stars like John Henry Lloyd and Willie Wells rose to prominence.

The league has so far advanced, and level of professionalism is top class.

The sports season starts in early autumn and ends with national finals in May. This league is similar to baseball league in the US whereby the best of the Western conference and best of Eastern conference meet in the finals.

While the jargons and rules of the games are similar, American and Cuban baseball games offer two different experiences. Cuban stadiums do not feature any commercial elements, a feature that is prevalent in U.S. games. At Latinoamericano Stadium in Havana, there are no insurance or sportswear company ads, only patriotic political slogans.

Because of it not being a commercial enterprise, players earn state salaries that are slightly higher than the average Cuban salary ($24). Game tickets cost five cents, and there are no hot dog stands or beer gardens. The seats are made of splintered wood coated in peeling paint.

The lack of ribbons and bows in Cuba means that you can access baseball games more easily and one can also get personal with their favorite players. While there are no loudspeakers announcing players or groups of people singing uniform songs, Cubans have a unique fun tradition and can sometimes get noisy with their songs and chants.

Away from the stadiums, there are designated outdoor baseball forums where baseball fans gather. Dozens of fans meet up for hours to partake in passionate discussions on matters concerning baseball. If you happen to travel to Cuba, you can catch a glimpse of the action in Old Havana’s Central Park.

Many baseball players from Cuba have left the Island to look for greener pastures, with some defecting during trips abroad since most do not fancy the legal route. However, after relations between Cuba and America began to normalize, the Cuban government has raised salaries for baseball players and changed laws to allow Cuban players to play in foreign leagues and former defectors to return to this Caribbean island. The government is also investing heavily in its stadiums and some entertainment options and food.

Going to a Baseball Game in Cuba

In your legal travel to Cuba, you should not miss out on an opportunity to watch a baseball game since they are played in virtually every square, park, and streets at times. Although there are no specified times for local games, except those scheduled to be played by teams in the national league, you can catch up baseball games in most parks. Often, the stadiums are within most of the city’s residents making them accessible. Foreigners are charged around $3 for best seats in the house.

Baseball games normally form the highlight of any social activity in Cuba before people head to dance clubs at night for partying. It should be noted that all the games played in Cuba are meant to train players to play in the national team, which is one of the country’s pride.

If you are travelling to Cuba and want to watch any baseball game, we can organize it for you. We, Espíritu Travel, work with local organizers to know the schedules and details of different games, and we will ensure you grab the best seat during the game so as to have an enjoyable time there.

Going to a Cuban baseball game is a huge adventure, and anyone visiting Cuba should watch a live baseball match. You will encounter enthusiastic baseball fans who are passionate about the game. Talk to us if you need to travel to Cuba, and we will plan the trip for you and advise you regarding the places to visit, the activities to engage in, and your accommodation.