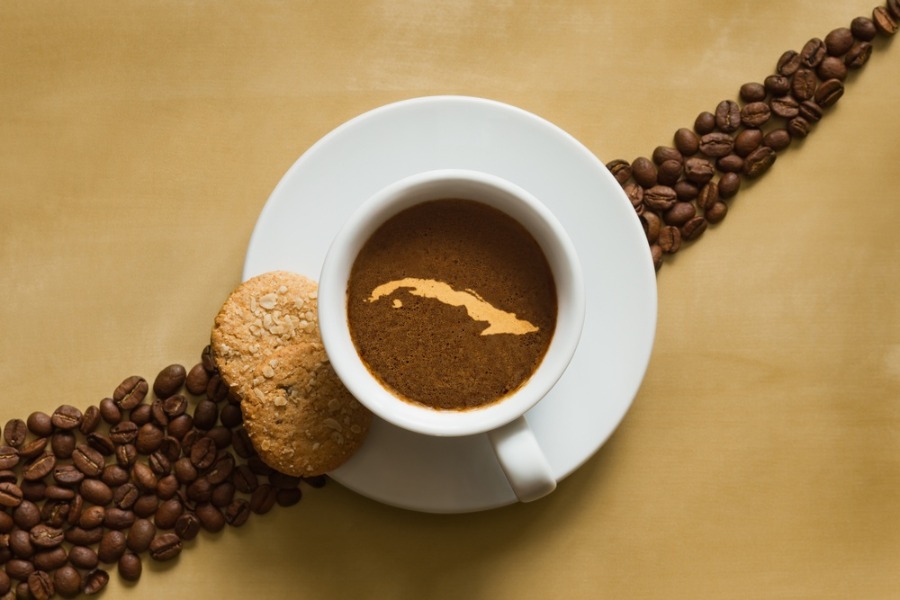 Dark, strong and sweet, that’s how Cubans like to drink their coffee. For many of them a “buchito de café” (little taste of coffee) is the only way to start the day. In this article we talk about Cuban coffee farms, their history and which ones you should visit. In the trips to Cuba of Espíritu Travel we give you the opportunity to discover coffee farms and taste this product.

What is behind Cuban coffee

The first plant of Coffea arabica was brought to Cuba by Don José Gelabert during the XVIII century. The beverage that had seduced Europe, grew firmly on the fertile soils and by 1748 the Spaniards had founded the first coffee farm on the island.

However, it wasn’t until the arrival of the French settlers emigrating from Haiti due to the Revolution of 1791, that coffee demonstrated to be a lucrative investment. From the climatic conditions until the land, everything was excellent to cultivate the plants. And the French migrants, already expert coffee growers, took advantage of the unexploited fields by introducing new production techniques and establishing huge coffee farms in many different areas of the island. That’s how Cuba became the first coffee exporter in the world.

Time passed and countries like Brazil and Colombia won their place in worldwide markets, due to the very high taxes imposed by Spain on Cuban products during the 19th century. However, the accumulated know-how passed from generation to generation  has enabled Cuban coffee to not loose its exceptional quality. Nowadays, our gourmet coffee productions are directed exclusively to selected markets.

Visiting a coffee plantation in Cuba is special because the experience is mixed with history, more importantly the challenges that slaves and creole families had to overcome in order to produce it.  You can discover the tedious and laborious process that produces the cup in your hands.  It really make you value coffee!

Cuba possesses the greatest number of coffee plantation ruins in the world, many of them are considered archeological sites in an excellent state of preservation.  In 2000, UNESCO declared World Heritage status to those that are located to the east of the country, as an important example of the development of coffee in the Caribbean. They are considered a monument to road and hydraulic engineering. Almost 500 historic plantations!

Due to their particular location, many farms are difficult access for  travelers. However others are prepared to receive visitors. One of the most famous coffee farms in Cuba is La Isabelica located near to La Gran Piedra in the Sierra Maestra. According to the legend, it was the home of a French settler who fell in love with a gorgeous slave named Isabelica. Rumors say that his passion was so strong that he decided to marry her without caring about social conveniences.

Today, the historic plantation has preserved its original architecture and it also has an interesting ethnographic museum. Among the other cuban coffee farms you could visit are the ruins of La Iberia, the Kentucky and the Santa Sofía, giant plantations which used to hold more than 600 slaves. They are distributed around the zones of El Cobre, Dos Palmas and Contramaestre at the eastern provinces of Cuba.

Another notable one is the Buenavista Farm, in Las Terrazas, an hour drive west of Havana. Our trip long weekend in Havana gives you the opportunity to know this place It is an incredibly preserved property where you will immediately feel the domestic and productive life of what was once one of the richest plantations in the area. Scattered around Las Terrazas there are nearly 60 historic coffee plantations which were later abandoned by the owners, and nowadays the wild coffee plants grow everywhere in the forest.

Another curiosity is Café de María, also located Las Terrazas community which serves coffee cultivated and produced right in Las Terrazas. It used to be the house of María, a lady who opened her doors each day to share for free her unique and delicious coffee with everyone. Today, her house is an iconic venue where you will enjoy one of the best selected coffee in Cuba. You can even buy Las Terrazas’ coffee in rustic bags.

Cuban coffee farms: from the seed to the cup

The plants grow under the shade of the trees on the mountains of eastern (mostly Santiago de Cuba Province) and the western regions (mainly Pinar del Río Province) of the island. The varieties most commonly found are Typica, Bourbon, Caturra, Catuai, San Ramón and Villalobos.

Cuban coffee is fragrant and delicate, balanced and clean. The secret for its excellence is transmitted from generation to generation. The farmers usually live in the mountains and taking special care of each plant. Nobody has the expertise of the countrymen to recognize the magic inside every grain. They know the exact moment to harvest, depulpate, dry and toast the coffee.

Visiting a modern coffee plantation is also possible for you thanks to the trips to Cuba of Espíritu Travel. You will learn about every step of the production, from the harvesting done by hand to the preparation for the cup of coffee. There is nothing better than a horse ride through tobacco and coffee fields with a local guide. You can finish the excursion tasting a fresh sugar cane juice or a very hot and aromatic coffee cup.

Ready to visit a coffee farm next month?

Would you like to visit a coffee plantation in Cuba? Yes? Then contact Espíritu Travel to plan your next trip to the island and learn everything about delicious Cuban coffee. Ask for a “buchito” at Las Terrazas, Turquino and Serrano coffee, feel their fragrance, taste the differences. Try the coffee with rum, liquor and Cuban chocolate, embrace it. Remember, every cup of coffee at the fanciest restaurant or cafeteria is the product of love, special care and sacrifice.  Cuban coffee is considered a rare jewel you will get to taste if you travel with Espíritu Travel.