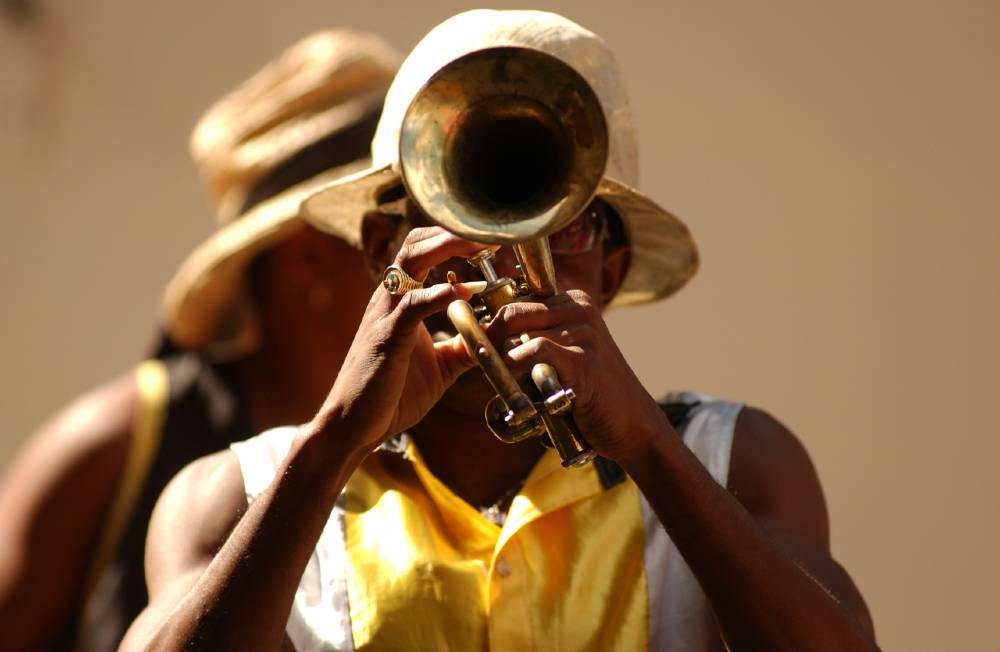 Cuba is a country with an intense rhythm of music and dances. Music and dance form an important aspect of Cuban culture. It is a lively mix of lyrical traditions and soulful Spanish melodies, as well as vibrant African beats and drumming.

In our legal trips to Cuba that we organize for American citizens, we take our travelers to areas we feel they will experience the passion and magic of the Cuban dance and music.

Cuba’s contribution to the world music industry is quite significant. Some of the notable music genres include Afro-Cuban Jazz or Cubop, Salsa, and Mambo. In order to understand Cuban culture you must understand their music and dances.

It is performed by partners who dance slow and formally to the music written in 2/4 time. It is considered a stylish, classic dance today, even though in the past people considered it too scandalous and intimate for mainstream media.

Rumba was borrowed from African culture and it is one of the most celebrated forms of music. It involves energetic and soulful music and dances, using conga drums, maracas, claves, scrapers and bells. The beats of rumba music are catching and you will find yourself dancing to the music.

Cuban rumba was greatly influenced by the Son Cubano style of music. With time, new instruments are used to play this music such as piano, trumpet and double-bass.

However, Cuban rumba is slightly different from American ballroom rumba, also known as rhumba, but it inspired the popular ballroom dance.

Trova, which dates back to the early 19th century when trovadores (roaming musicians) were paid for singing and playing guitar, is an important part of Cuban music.

One of the most famous types of Trova music and dances is Cuban bolero. Like its prototype, Spanish bolero, the Cuban bolero is romantic and intimate. In Cuba, this style is more musical and therefore, singing is more predominant.

Nuevo Trova was a style under this category that emerged after the Cuban Revolution and it remained popular in the 1970s. The lyrics in this type of music had a political message.

The word mambo originates from Kikongo, and loosely translates to “conversation with the gods.” The Central African slaves, who were brought to Cuba in the 19th century, led to the emergence of a music and dance genre called Mambo. This was in the late 1930’s. It was a combination of Danzón music and dance with classic African rhythms.

By 1954, mambo mania had spread to most countries in Europe and a new dance for mambo dance emerged- cha-cha-chá emerged. It spread across Cuba, especially in Havana.

Salsa dancing, which originated in New York in the 1970’s, was introduced in Cuba and incorporated with some elements of mambo, cha-cha-chá, Afro-Caribbean, swing and hustle, as well as Afro-Cuban dance styles. And even though it came from New York, the Cuban people are better known for it.

Timba has the same roots as salsa and represent modern, popular dance music in Cuba. Heavily influenced by Afro-Cuban music, Timba is particularly linked to and associated with Havana.

There are other music genres you will find in Cuba, but the ones above are the most common. You can check on YouTube or Spotify for great Cuban music.

By mentioning Cuban music, people think of Buena Vista Social Club. There was an iconic big band that used to entertain people there in the 1940s. They introduced the dance of cha-cha-chá and son to Cuba, Europe and beyond.

Although the music genres in Cuba have revolutionized, if you dig deeper into Cuban music you will know that rumba was its foundation. Involving overlapping drummers as well as intricate dancers and singers, you will find rumba music catching and intense. Everyone follows the rhythm pattern of rumba’s iconic clave.

Young Cubans grew up hearing rumba and this made it the basic music genre in this island. Even if the newer version of songs doesn’t incorporate rumba beats and dance in an immerse way as before, you will hear rumba beats or sound in them.

There Is a Mix of Different Cultures

The history of Cuba has played a major role in creating a hybrid of different unique cultures. Having been colonized by Spain first who introduced their European religion and culture to Cuba and later getting a large number of shipped slaves from West Africa who embedded in the Yoruba religion and language, Cuba has an interesting hybrid of cultures.

The Santeria religion, which emerged after slaves from West Africa incorporated their religion with Catholic religion to safeguard their roots, is a good example. The two integrated well in ways that have become ingrained in Cuban culture.

They have kept rumba rhythm alive and this has become a foundation of Afro-Cuban music.

There Is Only One Recording Studio

The Real Parties Are Organized In the Streets

There are a lot of music festivals, including the International Jazz Festival organized each year. If you visit Cuba, you need to visit one of them to feel the Cuban music. However, even if you will hear a lot of music in live venues and bars, the most exciting parties happen in the streets.

This brings friends and families from local neighborhoods together.

Do you want to experience some incredible Cuban music and dances firsthand? Then we can help you achieve that. We at Espíritu Travel organize legal trips to Cuba for Americans and we can plan the perfect itinerary to meet all your needs. Give us a call today!