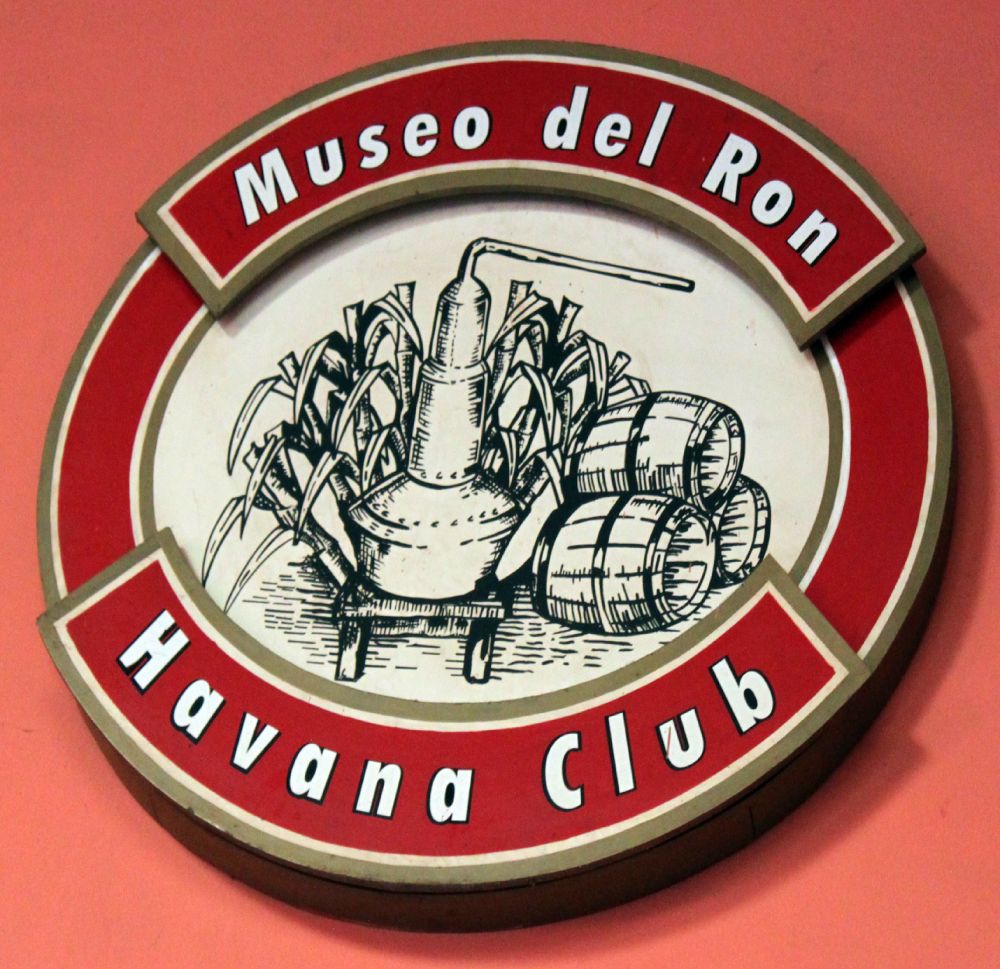 Who hasn’t heard about the virtues of the Cuban rum? Who has suddenly woken up craving a refreshing mojito or a daiquiri? Well, let me tell you that, despite the re-birth of those drinks around the world, they will never taste the same as when they are prepared with the rum produced in Cuba.

Great effort and time was needed to obtain an alcoholic beverage with the quality that is found today. Havana Club, Santiago and Arecha, are just some of the brands offering a variety of unique and flavorful experiences in a single bottle.

If you want to understand how Cuban rum became so rich and complex, don’t stop reading this article! And, if you want to know the history of cuban rum in first person, in Espiritu Travel we have custom trips for you.

A miracle of sugar cane and creativity: The Caribbean Rum

As many events in Christopher Columbus’s life, the introduction of the sugar cane in the Caribbean may have been accidental. He couldn’t imagine that the plant brought from the Canary Islands were going to revolutionize the economy and change the  drinking culture of the world.

It is not clear the date in which the settlers of these tropical lands discovered it was possible to distill a nice beverage from the leftovers of the sugar cane, however, by 1672, pirates and corsairs produced and transported the rumballion. Some believe the name derived from the English rural slang where the term rumballion meant clamor or noise. Truth is that the rum started to be very popular among the sailors because it could to endure long trips and also it was useful to treat different conditions and diseases typical from the Caribbean environments.

Diego Velázquez introduced sugar cane to Cuba around 1511. First the native population then the African slaves brought by the Spaniards to the island, had the responsibility to grow the plant, harvest it and process it to obtain sugar. According to history, by 1777, there was news of a raw and strong beverage made out of sugar cane juice that the black people and country folk called Tafia (today known as aguardiente). It was clear and had a sweet smell, but supposedly it incited rebellions and soon was prohibited from drinking it. However, the new laws didn’t stop the development of the incipient drinking culture in Cuba and some time the aguardiente was refined until becoming rum.

During the 16th century the native inhabitants of Cuba extracted the sugar cane juice using the cunyaya, a rudimentary artifact. Later, it was invented the trapiche moved by animals or slaves, which was incorporated to the sugar mills. The Haitian Revolution in 1791 changed Cuban sugar industry, not only because the island passed to occupy Haiti’s place in worldwide market, but also because the French migrants arriving to Cuba introduced the most advanced techniques of the time to the production of sugar: the steam machine to extract the juice and the Jamaican train, to process it.

A good example of the economic and sociocultural flowering caused by this event is the city of Trinidad located at Sancti Spíritus province. The boom of the sugar production is represented by the establishment of huge plantations and sugar mills such as the Manaca-Iznaga, the Buenavista and the Delicias, owned by very wealthy families in the Valley of the Sugar Mills. If you visit the area today with our trips to Cuba, you will find 65 sites with remains of the epoch, which have been declared World Heritage by the UNESCO.

This boom may have influenced the rum industry progress. In 1820, Fernando de Arritala distilled for the first time a rum with a higher quality that the one obtained in the entire Caribbean. However, it wasn’t until 1862 when the Catalan Facundo Bacardí buys a small distillery in Santiago de Cuba, that Cuban rum makes history. Bacardí tested a new formula that used sugar cane molasses and eliminated the impurities of the product giving birth to a superior quality treasure: Cuban light rum.

Curiously, the brand symbol, was the result of the first recipient utilized to sell the rum, gallons marked with a bat, which used to be the property of an olive oil firm. The consumer started to ask for the “bat rum” and that’s how the symbol was established. Soon after Bacardí had a factory with 100 workers and Bacardí Rum was exported to Europe. They even emerged in the beer industry in 1927, founding the brand Hatuey, extremely popular among Cubans.

Bacardí continued to be the greatest rum exporter from Cuba until 1959. One of the first laws of the Revolution government was the nationalization of big private enterprises. For that reason the Bacardí owners left the island taking their brand with them and continuing the production overseas

There is another brand we should mention here, and it is the Havana Club. In 1871, it’s inaugurated the first sugar refinery of the country in Cárdenas, Matanzas. Not long time after the Spaniard José Arrechabala found the Havana Club Rum House and it became very famous. After the Revolution Triumph, the Cuban government reorganized the rum industry of the country. Havana Club was reborn with the emblem of La Giraldilla (symbol of Havana) in every bottle and today it produces several high quality varieties such as de Havana Club Máximo Extra Añejo, the Reserva 7 Años and the Selección de Maestros. Other important Cuban brands are Santero, Legendario, Arecha y Caney.

We shouldn’t forget to mention the Matusalem Rum, today produced only in the Dominican Republic. It was born in Cuba, in 1872. The brothers Benjamín and Eduardo Camp, and their partner Evaristo Álvarez in Santiago de Cuba decided to produce a soft delicious rum, like never had been seen before. They inspired in the elaboration and aging of brandy and cognacs to create a secret formula passed from generation to generation. Matusalem is synonym of excellence. Since the owner’s emigration after the Revolution, the Matusalen’s ancient distillery produces the excellent Santiago de Cuba Rum.

Try Cuban Rum during your visit

The best way to understand Cuban rum is tasting it. What about trying the Añejo Reserva, a delicate mixture of matured and complex rums, or feel the lightness of the Añejo 3 años in one of the many cocktails the island has to offer? If you are very intrigued by the elaboration process of the rum in Cuba, we invite you to pay a visit to Havana’s Rum Museum.

Located in a restored colonial mansion (#262) in front of Havana’s Bay, the venue offers a promenade through the different historical and technological stages of the Cuban rum’s production. You will understand the rum masters, maestros roneros in Spanish, trained for more than 15 years to recognize after the processes of distillation, aging and filtration the product quality. They have the responsibility to mix with wisdom and create a unique personality for each type of rum.

So? You can’t decide what to taste? Espíritu Travel proposes you six famous cocktails to explore while visiting Cuba.

It took the name from the legendary shout of the Cuban Warriors during the Independency Wars: Viva Cuba Libre! The Cuba Libre is prepared mixing 2 ounces of Silver Dry 1 or Añejo 3 años rum, half a lemon juice and complete with coke and ice cubes.

Highly popular until the 19th century, it was probably invented by the corsair Francis Drake. The cocktail compounded by aguardiente, lemon juice and mint was the antecedent of the Mojito.

The production of high quality rum lead to the creation of this refreshing cocktail. The Mojito started to be comerzilized at La Bodeguita del Medio and became worldwide famous thanks to Hemingway’s predilection to drink it daily. It’s prepared compressing hierbabuena leaves (a strong variety of mint found in Cuba) with 4 spoons of sugar in a big glass, then we add the ice, juice of a lemon and a generous amount of Cuban white rum, we mix, complete with water and serve in small glasses and hierba buena leaves.

Created during the Independency Wars and reborn at El Floridita Bar in Havana, this cocktail was also one of the favorites of the writer Ernest Hemingway. A beautiful mixture of white rum, lemon juice, sugar and blended ice.

Like the beautiful city which gave it the name, this cocktail is a fresh Caribbean breeze, a mixture of coconut water, a little spoon of sugar, 2 ounces of Silver Dry Rum and ice served in a splendid coconut.

There are not many bars where you will find this drink, however we recommend you to taste it in Trinidad, in the establishment with the same name. During the 19th century the canchánchara was the drink of the Cuban warriors that where fighting for the island’s freedom. All the ingredients were easily found or produced at the forests and they drink it in jícaras made with the güira fruit. Today the cocktail continues to be delicious and, what is more important, authentically Cuban. To prepare it, the barman dissolve 0.5 ounces of honey in 0.5 ounces of lemon juice, he adds 1.5 ounces of aguardiente, 1 ounce of natural water and ice. It’s ready!