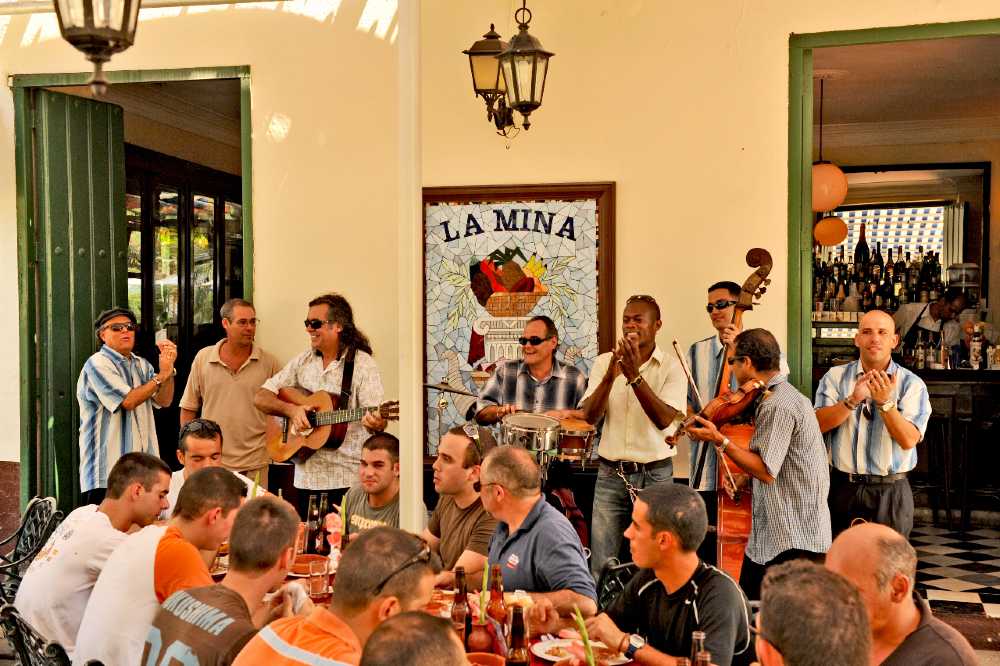 Each country has its own customs and traditions, but Cuba is specially rooted to them. The largest island in the Caribbean counts with a rich culture and a long list of Cuban traditions nourished by African, Spanish, and Caribbean past-times. To find out more about traditions in Cuba, keep reading. Here is a list of 7 interesting Cuban traditions to take into account if you are traveling to the country or if you just want to know more about this island and its people.

The art of smoking a cigar

One of the best-known traditions in Cuba is smoking hand-rolled Cuban cigars. However, some people might not know there is a whole ritual that comes with it, it is not merely lighting it up and starting to puff. The most important part is the social side of it. Cigars are a vital part of social gatherings so, if you get offered one by a local, that means he is down for a chat.

Christmas with no presents

As it happens in other countries, Christmas celebrations in Cuba start on Christmas Eve, also known by locals as “Noche Buena”. For Cubans, this festivity is about gathering with family, friends, neighbors and even co-workers to spend the evening eating delicious traditional dishes such as black beans and rice, roasted pork, or fried plantains. Usually, the party ends late which means a lot of people get up late and Christmas day becomes more about recovering than about giving presents.

Traditions of Cuba also include believing in bad luck. If you stay in a Casa Particular or are lucky enough to be invited to a local’s house, there are some things you should not do to avoid bringing bad luck to the household:

Call your female loved ones “fatty”

If you speak Spanish, don’t get alarmed if you hear a local calling a female “gordita”. Even if it sounds odd to English speakers, it is pretty common for Cuban people to refer lovingly to their relatives or friends as “fatty”.

Cubans are known for their hospitality and openness, to the point that in some small cities locals keep the front door of their houses open at all times to let the breeze get in. So, if you are walking around and see one of them, don’t worry about it! It is just another Cuban tradition.

Pin money to a bride’s dress

Traditions of Cuba make a big appearance when it comes to weddings. Not seeing the bride in her wedding dress until the ceremony starts, cutting the cake or throwing rice at the newlyweds, are some of some of those traditions. However, one that stands out is pinning money to the bride’s dress. During the reception, male guests would dance around the bride while pinning money on her dress. The tradition says that this money should be used to pay for the honeymoon of the couple.

Perhaps, one of the most important Cuban traditions that you should be aware of is that family is everything in Cuba. Locals organize their lives around their relatives and the sense of belonging and respect towards them is remarkable. This is translated into many specific customs and traditions. For example, introducing your boyfriend or girlfriend to your parents before you start going out is known as “pedir la entrada”, and it is still very common.

Getting to understand the Cuban culture is essential to have a meaningful trip to Cuba. Experience Cuban traditions on your own skin by booking a trip to Cuba with Espíritu Travel. As specialists in this Caribbean island we can create a bespoke trip for you that meets all your needs. Check out our website to find some trip inspirations.