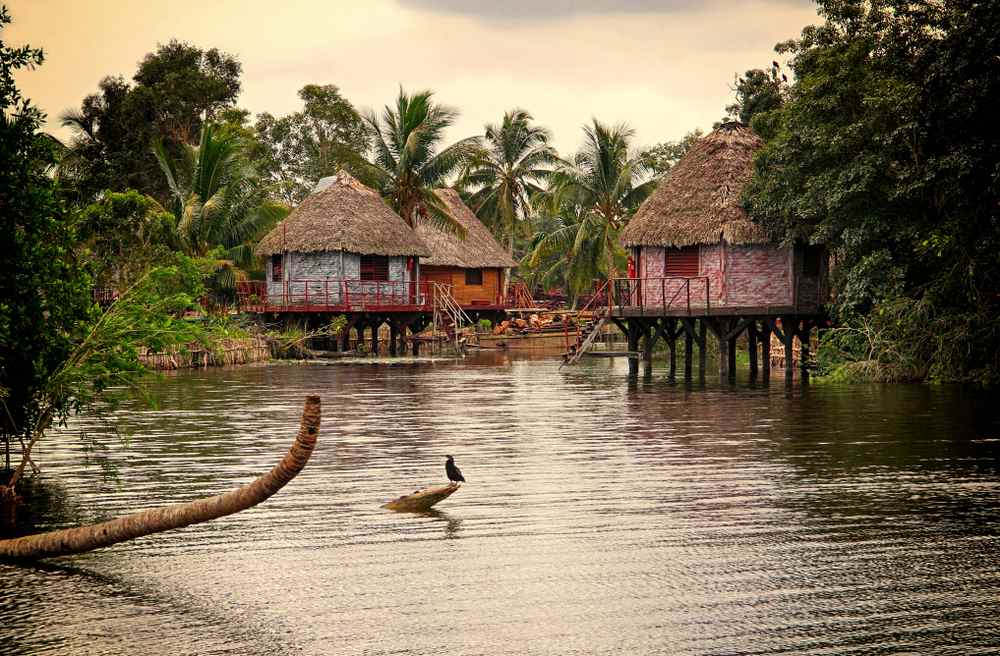 Península de Zapata is a large shoe-shaped territory out to the west into the Gulf of Batabanó, in the southern half of the island of Cuba. As part of the Ciénaga de Zapata we find the Great Montemar Natural Park, which brings together great tourist attractions, both natural – which are the main ones – and historical. It is the largest wetland in the insular Caribbean region and a mandatory stop on your trip to Cuba with Espíritu Travel if you are a nature lover.

Ciénaga de Zapata is a National Park full of swamps, mangroves and swamp forests where hundreds of plant and animal coexist, many of them endemic to the area, such as the dwarf jutía, the bee hummingbird (considered the smallest in the world) or the great star of the park, the Cuban crocodile.

Read on if you want to know more about this incredible swamp forest.

Península de Zapata is an exotic marshy area of ​​almost 5,000 km² that covers the entire south of Matanzas, considered one of the most interesting places in Cuba due to the great variety of fauna and flora found there. La Ciénaga, for the most part, is part of the Montemar Natural Park, which is also house of the Las Salinas Wildlife Sanctuary, both protected nature reserves.

Historical importance of the Ciénaga

La Ciénaga is also an area of ​​great importance in the recent history of Cuba, since the well-known Bay of Pigs invasion took place in 1961 on Playa Girón, where troops from Cubans exiled after the Revolution and supported by the Americans tried to enter Cuba with the objective of overthrowing Fidel’s government, but they were defeated in less than three days.

The crystal-clear waters of the Bay of Pigs and the Zapata Swamp feed the desire to dive into the water. The prohibition of fishing has conditioned the conservation of the ecosystem which has made it one of the best places in Cuba for diving and snorkeling. The area has four training centers and more than 30 dive sites along the entire Barrier Reef.

Places of interest in the Península de Zapata National Park

75% is covered by swamps and lagoons, and therefore represents the largest wetland in Cuba and the largest and best-preserved area of ​​the Caribbean islands. It constitutes a national, regional, and global natural reservoir, possessing fragile ecosystems and important natural resources.

Among the endemic vertebrates, the Cuban crocodile deserves special attention. More than 12 species of mammals coexist in the region, the manatee being the most significant. The National Park is considered by ornithologists as the region with the greatest diversity of birds in Cuba, with more than 170 species reported, including the smallest bird in the world, a hummingbird (Mellisuga helenae) that only lives in Cuba and the Island of Pine trees.

Fun fact! two species of crocodile inhabit Cuba, the so-called American or caiman (Crocodylus acutus) and the Cuban crocodile (Crocodylus rhombifer), which is smaller and freshwater.

Playa Larga is a small town that acts as the gateway to Bay of Pigs. Playa Larga is one of the most famous beaches on the southern coast of western Cuba

If you access Cienaga de Zapata from Jagüey Grande, the first thing you will come across is Central Australia, a former sugar factory where Fidel Castro established his base of operations during the Bay of Pigs invasion. You can visit the museum about the history of this factory.

The Salinas Of Brito

At the entrance of the Bay of Pigs is this saline that due to its climatic conditions, its marshes, receives 65 species of migratory birds, especially from North America. Here, the birds find the ideal place to take shelter from the cold, to feed and reproduce.

The Laguna del Tesoro is the largest freshwater lagoon in Cuba. It measures about 9 km2 and has an average depth of 4 meters. The most common excursion there is a visit to Villa Guamá and the replica of the Taino Village in which you can see the huts and various sculptures of the aborigines who inhabited the area. During the journey you can enjoy the mangroves and the diversity of birdlife.

It is an area of ​​1 to 2 km wide of coastline between Playa Larga and up to the limit with the province of Cienfuegos. This Speleolacustre System of Zapata has paradisiacal beaches ideal for swimming or diving and snorkeling. The following places of interest are located there:

Among the many attractions present in Cuba, Ciénaga de Zapata and the Bay of Pigs stand out for their environmental and historical value, which has made this corner of the south one of the main centers of nature tourism in the country. Visit this impressive area of ​​Cuba accompanied by Espíritu Travel local guide.

One thought on “Discover the Península de Zapata National Park”