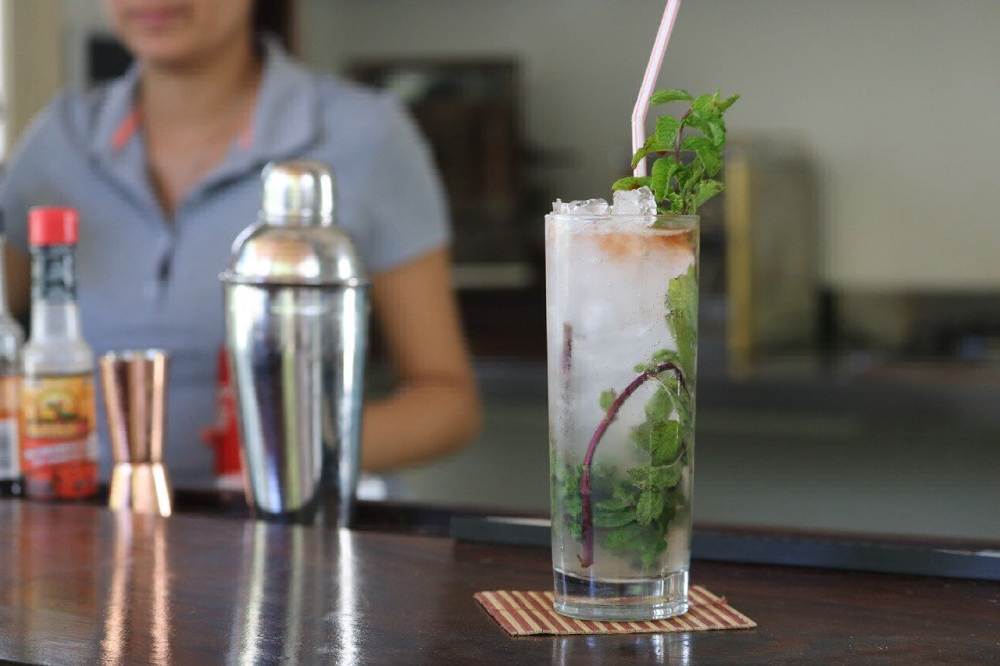 You may get tired of hearing this, but it will become evident during your trip: Cuban drinks never taste better than when they are prepared with the original ingredients of this land. Believe us, once you try them “at home”, you will always come back for that delicate, complex flavor of authentic Cuban rum. In this article we tell you what are the best Cuban cocktails that you have to try if you visit the island. Remember that in Espiritu Travel we have the best trips to Cuba so you can enjoy every corner of the island.

Take a zip of Havana Club Añejo 7 años, feel its aromas enchanting your palate and maybe you will imagine that period, after the introduction of the sugar cane by the Spaniards, when African slaves and poor workers learned to distill a strong beverage of sweet scent known these days as aguardiente. How could they envisage that few centuries later the improvement of their raw process was going to yield the first high quality rum of the Caribbean?

Today more than 20 brands are produced in the country, and several, such as Havana Club and Santiago de Cuba are internationally recognized. If you have some spare time while uncovering Cuba, we propose you to visit Havana’s Rum Museum. Situated in Havana’s historical center, the venue offers an insight to the past and the present of Cuban rum’s production. At the end of the tour you receive a shut of Havana Club Añejo 7 años and there is an opportunity to explore and buy among a great selection of bottles.

The Cuban rum isn’t only good for shuts, but also an excellent base for many cocktails. Don’t miss the opportunity to try some of them while in the island. Read this up, Espíritu Travel is your drinking guide.

Best Cuban Cocktails of all times

The two Hemingway’s favorite cocktails were immortalized in that simple phrase: “Mi mojito en La Bodeguita y mi daiquirí en El Floridita” (My mojito in La Bodeguita and my daiquiri in El Floridita). Since that moment there is not a single visitor who doesn’t wish to taste the freshness of those jewels.

The Mojito is probably the most popular Cuban drink and it was preceded by the Drake, a common beverage from the 19th century. What much people ignore is that it’s prepared with a variety of mint typical from Cuba known as hierbabuena. Despite its creation elsewhere, it was in La Bodeguita del Medio where the commercialization of the mojito started. The cozy place located close to The Cathedral of Havana became very soon a reunion center for the most representative figures of the Cuban culture.

Today, there are many private establishments were you can taste a wonderful mojito. The secret, they say is in compressing the hierbabuena leaves with the sugar and be generous with the lemon juice and the white rum. We recommend you to order two, because there will always be a second roundJ.

When the daiquiri was created in some forgotten spot of the western area of Cuba, there were not electronic devices. The country was embedded in a long Independency War, and Spaniards brought to the cities a chaos of violence and starvation. And yet a daiquiri mambí, a daiquiri of warriors was born clandestinely and recreated generation after generation.

The magic hands of by Constantino Ribalaigua, the former owner of El Floridita, rewrited this cocktail and gave it a new graceful form. That’s how the beautiful mixture of white rum, lemon juice, sugar and ice found its way to the most elegant halls and to Hemingway’s heart.

Simple but magical, everybody loves the Cuba Libre. It means “Independent Cuba”, and took its name from the legendary shout of the Cuban Mambises (Warriors) during the Independency Wars. You can think it’s delicious at home, but wait until you see a Cuban barman preparing it: half a lemon juice, Silver Dry 1 or Añejo 3 años rum, coke and ice cubes… Just awesome!

Nuestra Señora de la Asunción de Baracoa was the first village founded by the Spaniards during the colonization of Cuba. Soon after the difficult access of its bay and mountains pushed the colonizers to other shores such as Santiago de Cuba and Havana. Baracoa was forgotten, she preserved its incredible natural beauties, the mixture of refuged pirates, natives and runaway slaves, the rich traditions. This cocktail is like Baracoa: Caribbean, wild, mysterious: coconut water, sugar and white rum, all served with ice in a robust coconut.

Typical ingredients from the Cuban forests: lemon juice, honey, aguardiente (obtained from the sugar cane) and water, to create an energetic and nutritious drink during the war. They say it was drunk hot to neutralize the cold in the forest and any respiratory disease. The rescue of this tradition brought a fresh, strong and delicious beverage, excellent for any moment of the day.

Don’t miss the Canchánchara in Trinidad, an establishment with the same name was created as a project to preserve this beautiful tradition. It is usually serve in typical recipients of argil or wood.

There are not doubts about the influence this Nobel Prize writer and journalist had in the development of novel cocktails by Constantino Ribalaigua. Stories of that moment situate him always at the bar, drinking daiquiris and Papas doubles. Try it yourself. We are sure you will love the mixture of lemon and grapefruit juice, a bit of maraschino and abundant Silver Dry Rum blended with ice. Hmmm!

Would you like to try these Cuban cocktails? Contact Espíritu Travel and start planning your dream trip.