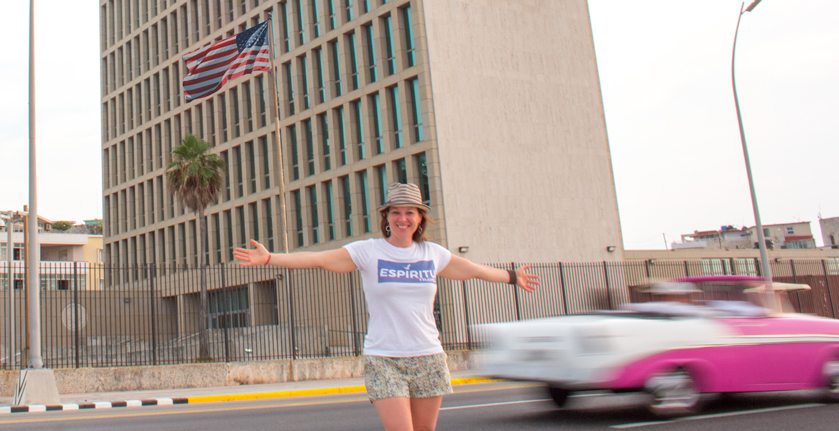 6 things Americans need to know to travel to Cuba

Many Americans rightfully wonder what has really changed about travel to Cuba since the historic reestablishing of diplomatic relations and the easing of travel restrictions. As with many things about Cuba, nothing is that straight forward. Here are 6 things Americans need to know to start planning their trip to Cuba.

Cuba is experiencing a surge in visitors from the United States and elsewhere who want to see the ‘real’ Cuba before it becomes Americanized. However, there is no sign that this is occurring and Cuba remains a state-controlled economy despite some small signs of recent entrepreneurial activities among Cubans.

With that said, visitors will have the opportunity to get to know a place mostly unknown and misunderstood by Americans as well as be witness to an island in the midst of exciting changes.

2. How to legally travel to Cuba

As of January, 2015 it has become much easier for Americans to travel to Cuba for reasons other than tourism. President Barack Obama expanded the categories of authorized travel to Cuba so that U.S. citizens can legally travel to Cuba if they engage in one or more of the ¨people to people¨ categories such as taking part in educational activities or participating in a sporting event.

Previously, any travel to Cuba required applying for a specific license but now U.S. citizens can essentially ‘self-license’ if the tour they have booked meets the legal requirements. This policy change allows many more Americans travel to Cuba.

3. People-to-people tours, what exactly does that mean?

Americans are still not allowed to travel to Cuba for purposes of tourism. If you are looking for a traditional all-inclusive beach vacation to Cuba, that would not be permitted. Even booking though a non-U.S. travel company (i.e. Canadian), Americans are still subject to the travel restrictions.
Traveler should demonstrate that their visit helped the Cuban people or had an educational (i.e. people-to-people) component to it. Booking with a travel company that offers ‘people-to-people’ tours to Cuba would allow ‘self-licensing’.

Not to say that these tours do not have tourist activities but they have additional activities that maintain the trip as legal as it relates to the trade embargo.

There are still no commercial flights from the United States but major carriers such as American and Jet Blue are offering multiply flights from Miami, Tampa, and even New York and Los Angeles. However, travel companies must book these seats through third-party charter companies.
This is why you will not find these flights listed on the websites of U.S. airlines or flight consolidators such as Expedia, they will show flights via Mexico requiring a change of carrier.

Miami offers the most flights daily to Cuba, not only to Havana but also to some of the other 9 airports that are scattered around the island. The flight takes 45 minutes but recommended check-in time is 4 hours prior to departure.  Flights depart in the morning which requires travelers, who do not live in the Miami area, to spend the previous night in Miami.

Just because it is easier for Americans to travel to Cuba does not mean that western conveniences and standards have miraculously appeared overnight. Cuba is not a slick Caribbean destination where everything is made easy for tourists. For some people, this is part of its appeal.

Cuba is also not ready to handle a large influx of visitors especially from the U.S. There is a dearth of affordable good hotels and the infrastructure is in a poor state.

U.S. credit cards are now accepted on the island but there is nowhere to use them, Cuba remains a cash economy. While U.S. credit cards are accepted, U.S. dollars are frowned upon and you are even charged a penalty for having to exchange them. Americans need to carry with them Canadian dollars, Euros or British pounds.

It is still illegal for Cubans to have the Internet in their homes unless they need it for work. Apart from a few hotels and the government run Wi-Fi zones (which is often the main square in a town), there is very little connectivity on the island.

6. How can I ensure my visit helps Cuban people?

As mentioned, Cuba is a state-controlled economy so nearly all businesses are government owned and that includes tourism. This includes hotels, transportation, restaurants, tourism activities and excursions, even your guide will probably work for the government.

Espíritu Travel works with Cuba’s growing number of small entrepreneurs. For starters, we almost exclusively use casas particulares, private homes that are like a micro bed and breakfast, instead of booking government-run hotels. These ‘casas’ provide a more unique, authentic experience than you would otherwise get at a chain hotel.
Our first choice is paladares, privately run restaurants that despite Cuba’s many shortages are increasingly sophisticated and creative.