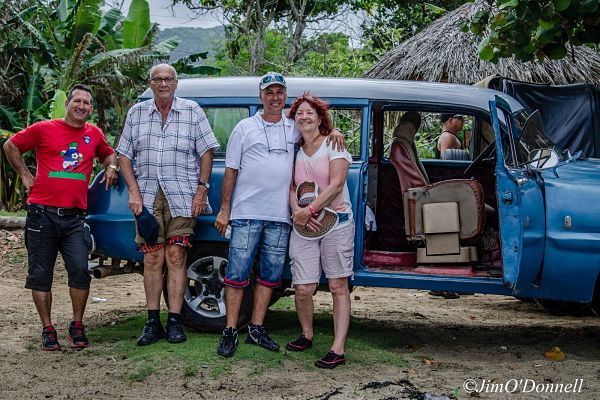 Distinguished by their fauna and flora, national parks are protected areas created to research and conserve the wildlife richness of each country. These places are also an opportunity to enjoy nature, admire the landscape and contribute to small communities’ development.

For those travelers who prefer to go beyond the cities’ borders, visiting Cuba’s National Parks is a must-do adventure. Learn more about the experience waiting for you at the Cuban countryside.

Cuba has a large number of biosphere reserve and national parks. The latter exhibit a very high rate of endemism even at a local level. That’s why you should be attentive to every single detail, what you see there you won’t find it in other areas of Cuba and the world. Need some inspiration? Espíritu Travel brings you the list with the best National Parks in Cuba.

Guanahacabibes: A haven for diving

At the province of Pinar del Río it’s located the Parque Nacional Guanahacabibes (Guanahacabibes National Park). The area has one bigger rural settlement in La Bajada and smaller villages sparsely distributed. Arriving to the peninsula is entering to a forgotten place, an ideal site for biking, hiking, diving and, in general, establishing an enduring relationship with nature.

Forests and mangroves support 172 bird species, authoctonus mammals like the jutias, reptiles like the Cuban iguana and even introduced deer. However, the clear blue waters of Guanahacabibes hide the greatest surprise of all: according to experts they hold the biggest fish community of Cuba.

In the past, the community of Guanahacabibes survived through fishing, hunting and charcoal production, activities influencing negatively the environment. Cuban biologist started to struggle for the recognition of the area as a Biosphere Reserve and several projects were implemented there. Today the National Park is an active corridor for migratory birds and nesting site for 4 species of marine turtles.

Only the southern region has the conditions for the arrival of the turtles, where a great extension of sandy beaches is surrounded by moist evergreen forest. The main economic activities of the local residents are artisanal fisheries, ecotourism and conservation of the biodiversity values as forest rangers. They also implement programs for environmental education.

Looking forward to exploring Guanahacabibes National Park? Then, a tailored trip to Cuba with Espíritu Travel is the perfect occasion for you. You will visit María La Gorda Diving Center, a place located at a white sand beaches of the peninsula where you can practice SCUBA diving or snorkeling and admire one of the best preserved and most diverse coral reef ecosystems of the Caribbean. The institution also proposes excursions to the Roncali lighthouse at the Cabo San Antonio. You could step at the westernmost point of Cuba!

Named after the famous geographer, astronomer and naturalist Alejandro de Humboldt, the National Park includes 711.28 km2 of terrestrial and marine areas. It’s one of the richest mountain ecosystems in the world. For that reason, it was declared World Heritage by the UNESCO in 2001.

During the glacial era, the region served as refuge for a great part of the Caribbean biota. When visiting this park you’ll be accessing to a sanctuary of unique species such as the smallest bird in the world known as fly bird or zunzuncito (little humming bird) and the smallest four legs animal in the world (smallest than your nail), the monte Iberia frog Eleutherodactylus iberia.

Alejandro de Humboltd National Park is extended through the provinces of Holguín and Guantánamo. Clean, gorgeous rivers stream from the hills nourishing the fresh water fauna and 70% of the 1300 plant species growing there are endemic. A local guide is your best option to enjoy the most of the visit. The long and short hiking routes traverse lovely waterfalls, and if you are lucky enough you will able to discover the marvels hidden in this National Park.

Renowned for the failed Bay of Pigs invasion, a famous event in the conflict between the United States and Cuba, the Ciénaga de Zapata or Zapata Swam is an obliged stop for the lovers of nature and history. Just 3 hours and a world away from Havana, the traveler finds the Caribbean’s largest wetland ecosystem: mangroves and lagoons form an impressive landscape supporting numerous endemic plants and animals.

Ciénaga de Zapata National Park treasures 258 bird species, which makes it a great birdwatching spot. There are also important populations of endemic Cuban species such as the manatee and the Cuban crocodile. Different projects are developed in the area for the conservation of its biodiversity.

But that’s not all: arts are also an important part of their culture. Korimakao project founded by the actor Manuel Porto attracts young artists from all the corners of the island to live at the Ciénaga de Zapata. After receiving training in their specialties, they move along the humblest communities of the National Park delivering happiness to kids and adults alike.

There is nothing like a nature walk with one of the park rangers to uncover the curious adaptation of plants to the environment and the blue natural pools. You could also explore the Taino Village of Guamá, a reproduction of the way the first inhabitants of Cuba used to live, created by the Cuban sculptor Rita Longa. Some of the wooden made structures are suspended above the waters of the so-called Laguna del Tesoro creating a surrealistic landscape.

Espíritu Travel’s Uncovering Cuba trip includes a journey to the Ciénaga de Zapata National Park. You will not only explore the park but also spend time and the beautiful cove of Caleta Buena for snorkeling and swimming in the Caribbean.

Granma Province is seat of the Desembarco del Granma (Disembark of the Granma) National Park.  Named after the yacht in which Fidel Castro, Ernesto Guevara and 80 other Cubans traveled from Mexico to Cuba to continue the fight to finish Batista’s dictatorship. The park was declared National Monument and World Heritage in 1999, and it’s characterized by probably the best conserved system of marine terraces (emerged and submerged) over calcareous rocks in the world.

Among the curiosities of the National Park are the presence of the oldest plants in Cuba with more than 500 hundred years: the Aguacate Cimarrón or Wild Avocato (Dendrocereus nudiflorus) and the Giant Cactus. Walking the different trails of the reserve, you will encounter a great number of vegetal species that have been used traditionally as a therapeutic resource.

Cuban population loves green medicine and it is interesting to learn that the infusion of caña santa (Cymbopogon citratus) of the gramineas family is utilized to control blood tension and asthma, and the leaves of the plant known in Cuba as guisazo de caballo (Xanthium occidentale Bertol.) could eliminate the skins spots.

Desembarco del Granma National Park is an important archeological and historical area: there are dozens of ceremonial and funerary caves such as the Water Cave. From the colonial period it’s preserved the Vargas Lighthouse built in 1861. And in December 1956 arrived the Granma to Las Coloradas Beach just a few days the war started with Battle of Alegría de Pío.

If you prefer to relax in a natural and historic atmosphere, you should visit this Cuban National Park.

Jardines de la Reina (Gardens of the Queen) was the name Christopher Columbus chose for the archipelago of 250 islands localized at the southern coast of the provinces of Camagüey and Ciego de Ávila in Cuba. The blue-sky waters hide an incredible marine diversity and the virgin coasts provide nesting sites to 4 of the 7 sea turtles species registered until the moment (green sea turtle, hawksbill turtle, loggerhead turtle and leatherback turtle ). Different options for diving and snorkeling turn Jardines de la Reina into a paradise for adventurers.

Ready to travel Cuba’s National Parks? Do you prefer diving or hiking, visiting historical places or archeological sites? Choose wisely and remember that every trip to Cuba will be a chance to understand even more Cuban culture and natural beauty. Don’t wait anymore!