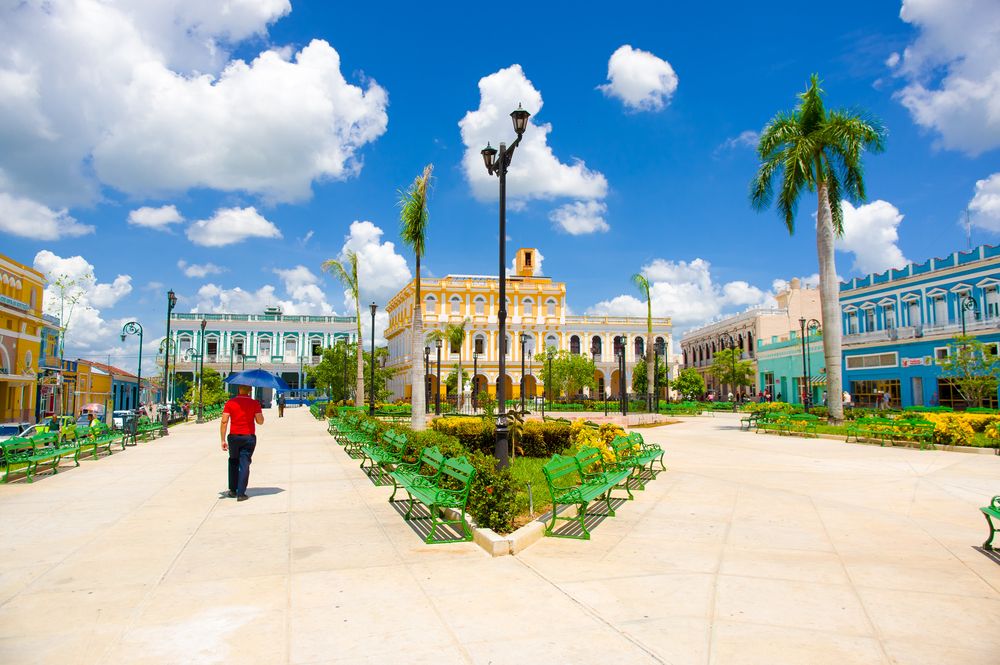 Sancti Spíritus is one of the most beautiful cities in Cuba. No one can deny her grace, the pleasantness of its people and the history in the streets where time seems to have stopped.

It’s not too late to experience the brightness of this Cuban gem. Check out Sancti Spíritus with Espíritu Travel.

The indigenous people of the region called it Magón which means “the never-ending country”. Located at the central territory of Cuba, what today is the municipality of Sancti Spíritus, used to be the home of several native settlements dedicated to agriculture and the ceramics. However, the ruthless search for gold by the Spaniards caused the colonization of the region and the foundation of one of the original ¨villas¨ in 1514 under the name of Sancti Spíritus (Holy Spirit). It was the fourth villa established on the island and after its transfer to the shores of the Yayabo River it slowly became the placid, eclectic and spotless city you can visit today.

Sancti Spíritus is both culture and nature. It has beautiful mountain scenery and well preserved colonial architecture. It’s often over looked by its more well known neighbor Trinidad. However, it wasn’t a surprise its declaration as National Monument in 1978.

This year there is something special happening in Sancti Spíritus. It will celebrates its 505th birthday with colors and music so it is the perfect time to plan a visit to his wonderful off the beaten path destination. You can discover this beautiful city with the trips of Espiritu Travel to Cuba.

How to celebrate Sancti Spíritus’ anniversary with Espíritu Travel?

The bridge over the Yayabo River known as Puente Yayabo is a symbol around which grew from the colonial city. Started in 1817, legend says that it was built using cow milk to blend the materials and that’s why it has resisted time. It is the only bridge in Cuba with romantic arcades as well as being a National Monument.

Colonial mansions, labyrine streets, as well as colorfully decorated buildings. The Plaza Mayor is the oldest one in the city. It was established during the 16th century as gathering place for neighbors and administrators.

This Parochial Church began as a modest wooden made temple for the religious population of the village. During the 17th century, after a terrible attack of pirates, the government built the wonderful Iglesia Parroquial Mayor del Espíritu Santo preserved today. You will be surprised by the original and delicate ceiling and the curious chapel with the seated Christ of the Patience and the Humility.

The main theatre of Sancti Spíritus is one of the loveliest buildings you will find in Cuba. According to historians of the city, it was so important for the population that everybody contributed to its construction back in 1839. It had capacity for 1500 people and 33 VIP seats. It has also been a hospital and quarter.

5. Be amazed by the Guayabera Museum

There is nothing more Cuban than the guayabera. Soberly elegant, embellished with a sort of dignity and grace, every man looks handsome wearing it. Tradition says the guayabera was born in Sancti Spíritus. They called it yayabera because it was used by the farmers living near to the Yayabo River. According to locals, the pockets were used to collect delicious guavas (guayabas in Spanish) so they became known as guayabera.

The Quinta de Santa Elena is today a unique museum dedicated to the history and stories of this famous national garment.

6. Visit the Museum of Colonial Art

Sancti Spíritus is also a great artistic venue.That’s enough reason to visit its Museum of Colonial Art during the 505th anniversary of the city. The mansion, built during the 18th century, was the first two story house in the locality, belonging to the wealthy Valle Iznaga family.

Nowadays, the museum, also known as the House of the 100 doors and is a panoramic view to colonial domestic art in Cuba: superb ceramics of Sèvre and Meissen, opaline lamps and beautiful furniture are just some of the wonders to see.

Since June, the beautiful city of Sancti Spíritus has been celebrating its anniversary with festivals, restoration works and different events. Now you have the complete guide to enjoying this special occasion.

While in the area don’t forget to explore Trinidad and hike Topes de Colantes. Where you can find more than 280 endemic species of plants and birds.

If you want to check out Sanctí Spíritus, call plan Espiritu Travel today to plan your customized, 100% legal trip to Cuba.