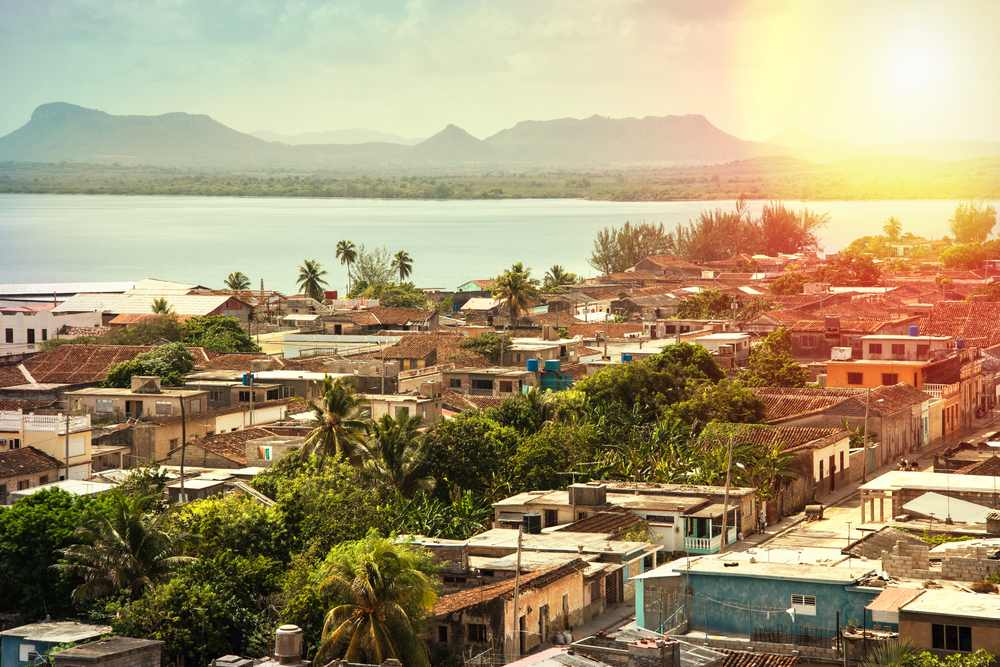 Havana is the soul and heart of Cuba, it is its capital, its most representative city, its pride. Havana is a city with its own personality, which will captivate you with its colorful facades and hidden corners where you will always hear Cuban music playing the background. Havana is divided into three large neighborhoods: Centro Havana, Vedado and Old Havana. In this post we are going to talk about what to do in Old Havana, a UNESCO Word Hermitage.

The best way to visit Old Havana is by walking through its streets, meander along the narrow lanes, chat to the locals, climb the Spanish-built fortresses, feel the pulse of the music, and savor a coffee at one of the charming plazas where Cuban Baroque meets Art Nouveau. On your trip to Cuba with Espíritu Travel you will visit to this magical neighborhood trapped in time accompanied by your local expert guide. Keep reading this article to discover what to do in Old Havana.

Old Havana’s streets are narrower than a broad alleyway and almost as old as Columbus. The ancient heart of the Caribbean’s largest city, Old Havana’s (or Habana Vieja) original street plan was squeezed on one side by its harbor and on the other by heavily fortified walls. Never forget that pirates are real!

When you walk through its colorful streets you will discover the great contrasts that exist in Old Havana, some blocks look straight out of a photoshoot, others like a half-completed construction site. Wherever you go, there is always something worth looking at so have your fore sense ready and listen to the stories that your Espíritu Travel local guide will tell you.

What to see in Old Havana?

In Old Havana there are 4 squares that you must visit: Plaza Vieja, San Francisco Square, Plaza de la Catedral and Plaza de Armas. Located in Plaza de la Catedral you find this magnificent cathedral, Catedral de San Cristobal. Also known as the Cathedral of The Virgin Mary of the Immaculate Conception, this striking example of Cuban Baroque architecture was completed in 1777 by the Franciscans, after the Jesuits began building it 29 years earlier.

After a visit to the cathedral, relax at one of the cafés along the square and gaze at its magnificent façade.

Plaza de Armas has been a social hub in the city for more than five centuries. Cafes and restaurants beckon from its perimeter. It is the perfect place to escape from the hit of the city. Presiding over the plaza are a bevy of Baroque beauties, including the magnificent Palacio de los Capitanes. Today, it is home to the Museo de la Ciudad (City Museum), don’t forget to check if during your visit to La Havana, Museo de la Ciudad is hosting a concert on its beautiful courtyard!

Museo de la Ciudad unveils Havana’s fascinating history. You can explore the Hall of Heroic Cuba for an impressive display of objects from the Revolution. The highlight of the museum is the Salon de los Espejos, adorned with beautiful 19th-century mirrors.

Also on the Plaza de Armas, you will find the mid-16th-century colonial fort, Castillo de la Real Fuerza, another major landmark. In the center of the square, look for the statue of the Cuban patriot, Cespedes.

A few steps from the Museo de la Ciudad, you will find Castillo de la Real Fuerza, built to protect the city from continuous pirate attacks. However, it never served this purpose as the castle was built too far from the bay so they uses it as a storehouse.

Designed by Francisco de Calona, ​​Castillo de la Real Fuerza is an engineering marvel, with a deep moat, a drawbridge, and walls that are six meters thick and 10 meters high. Today, visitors can explore Havana’s maritime history here, you will see models of sailing boats, weapons, and treasure retrieved from sunken ships.

Plaza Vieja is one of Havana’s most vibrant gathering spots. Originally laid out in the mid-16th century, the square was once used for military exercises and was also a popular marketplace. In the 1950s, the plaza was transformed it into an underground car park. Thanks to the citizens of Havana, Plaza Vieja has been restored and is now one of the most popular squares in Old Havana.

Be sure to visit the Casa del Conde Jaruco and climb the 35-meter tower of the Camara Obscura for fantastic city views. Finish your visit to this beautiful square with a drink in one of its magnificent cafes.

You cannot visit Old Havana without going through El Capitolio, it is simply impressive. Built in the early 1920s The Capitol is a copy of the US Capitol building in Washington, D.C. Today it is the new home for Cuba’s Communist parliament.

Museum of the Revolution

If you are a museum lover, you cannot miss the Museum of the Revolution, that once was the setting of a failed 1957 assassination attempt on Batista, you can see bullet holes in the stairwell! Inside the museum you will discover the history of Cuba and see original costumes that Cubans wore during the Revolution, among other objects of interest. Its entrance costs about 5 CUC.

Strategically located on the western edge of Havana’s harbor, Castillo de San Salvador de la Punta was linked with Castillo de los Tres Reyes del Morro, via a brass and wood chain during times of uncertainty. In the case of an attack, this link was tightened and enemy ships were prevented from entering the harbor.

The best way to end your guided tour of Old Havana is having a mojito in the famous Bodeguita del Medio or visiting one of the many nightclubs in Havana such as El Floridita on Obispo Street or La Fábrica de Arte Cubano, don’t be shy and dance salsa! Espíritu Travel offers you salsa classes with the best Cuban teachers.

If you want to know where are the best Paladares to eat in Old Havana click here.

The list of things to do and see in Old Havana is endless and the best way to discover the secrets that its streets hide is accompanied by a local guide, who not only will explain you the history of Cuba but also shows you the culture of the country. Thanks to the fantastic team of local guides that Espíritu Travel works with, we can design customize guided tours that will show you the real Cuba.