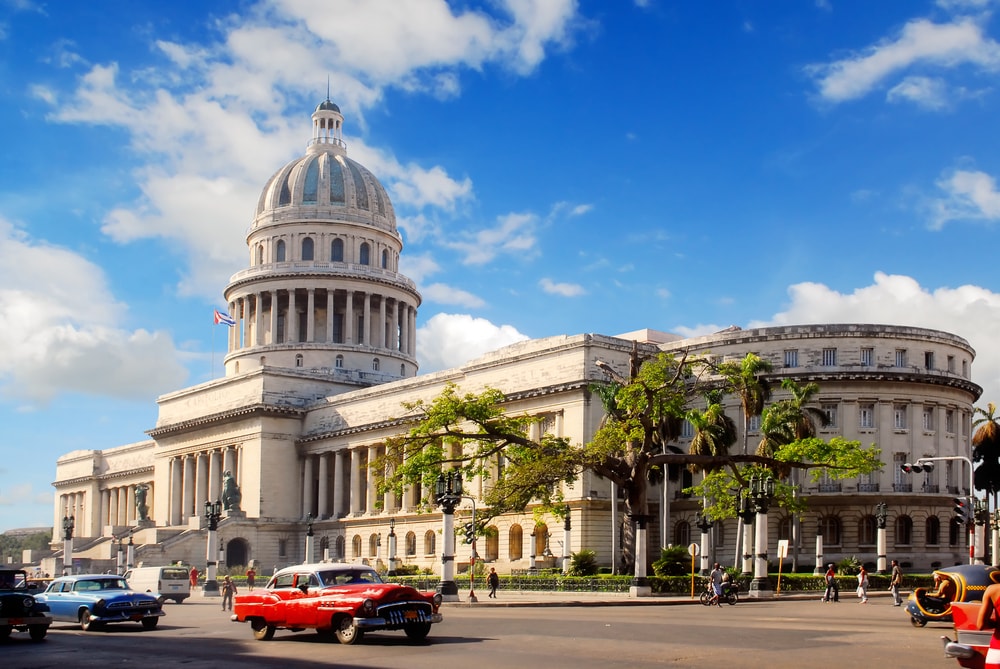 I will tell you a secret: a country’s heritage can be revealed through its museums. Every antique porcelain, every aboriginal burial, every painting is a symbol reflecting the culture and traditions you could find today.  And when it comes to matchless exhibitions Cuba has much to offer.

Follow Espíritu Travel in this promenade to discover the Top 10 museums in Cuba you don’t want to miss.

Discover the best 10 museums in Cuba

Colonial houses, historical figures, intrepid legends, Cuba can offer you all. Don’t stop reading, our agency is giving a way this list of the 10 must-see museums of the island.

One of the all-times favorite museum in Cuba is the Museum of the City, in Havana. Built in 1791 above the remains of the first Parochial Church, it was home of 65 Spanish governors and 4 presidents of the Republic of Cuba.

The Palacio de los Capitanes Generales, today Museum of the City, is one of the most beautiful buildings in Havana. Localized at the Plaza de Armas, shows a baroque style that seems untouched by the years. However the real magic is hidden inside.

The most stunning collection of the Havana’s history amazes kids and adults. Immense rooms dedicated to local traditions, domestic arts, transportation methods (quitrines, calesas), costumes and religious practices are just of the mysteries of this palace. An especial value has the Heroic Cuba exhibition, dedicated to the Wars of Independence. The Room of the Flags gathers the first Cuban flags and personal objects and paintings of our most beloved and respected heroes.

The Museum of the City is the perfect opening for your trip with Espíritu Travel.

The Museum of the Revolution welcomes the visitor to the unique Havana.  Inaugurated in 1920 as the Presidential Palace, it was the residence of the Presidents of the Republic of Cuba until 1959. The elegant building has been scenario of several historical events: from the broadcasting of the first TV transmission in Cuba, to the assault of March 13th 1957 performed by a group of young revolutionaries lead by the student José A. Echeverría which damaged the regimen of the dictator Fulgencio Batista.

The Museum of the Revolution talks about rebellion and courage. Every room offer a detailed vision of the struggles of Cubans to win their sovereignty. Photographs, documents, weapons and videos a new experience always appreciated by travelers.

Another interesting passage is the visit to the Granma Yacht Memorial near to the museum, displaying tanks, planes and other artifacts used during the War. A glass case protects the Granma, the boat utilized by Fidel Castro and more than 80 men to return from the exile in Mexico and begin the armed insurgency in the mountains of Cuba on December 2nd, 1957.

Who could think that thousands of kilometers from France you could find more than 6000 items owned by Napoleon Bonaparte. Espíritu Travel’s Hello Cuba Tour is the perfect opportunity to visit the amazing city of Havana and to discover the Napoleonic Museum.

It was founded in 1961, in a modern Renaissance style palace of the Vedado, Cuba. During the first half of the XX century, it used to be the home of Orestes Ferrera, one of our most wealthy politicians, who acquired a great part of the pieces in luxurious auctions of Europe and the United States. The collection became part of the National heritage in 1960.

The famous Cuban museum is a stroll through the political and military events of Napoleon’s life, from the end of the Bourbon monarchy to his dead at the Island of St. Helena. Personal objects such as the pistols he used at the Battle of Borodino and funerary items such as the death mask brought to Cuba by Dr. Francesco Antomarchi, the doctor who attended him at his final hour, are just some of the unique pieces in display.

The most extended collection of objects of the Napoleonic period is undoubtedly a must-see attraction in Cuba.

In June 16th 2009, the Fortress of San Severino in Matanzas became the seat of the National Museum of the Slave Path, a project promoted by the UNESCO and several countries with African heritage. Denunciative and impressive, it reveals the horror of slavery with archeological pieces, photographs and texts of the men and women that enriched our culture with their bravery, memories and blood. It has also a didactic character, paintings and sculptures represent the African roots in the American countries.

The Fortress of San Severino is a National Monument finished in 1734 and its walls are a vibrant representation of the slaves’ presence in the city.  You can still observe the marks made by the workers to signal the end of their strenuous labor.

At the Ciénaga de Zapata, a zone with stunning natural pools and surprising biodiversity, there is also a museum you shouldn’t miss. The Playa Girón Museum is a memorial dedicated to the renowned battle of the Cuban population against the 1500 mercenaries supported by the American government in April 1961.

A visit to the small institution will open your mind to a new vision of the Bay of Pigs’ events. Documents, testimonials, photographs and armaments are a step by step review of the battle that took the life of many innocents and reaffirmed Cuba’s Revolution.

The Ernesto Ché Guevara Memorial is a monumental tribute to one of the most important figures of the XX century. Ernesto Guevara was Argentinian by birth and Cuban by heart. He was one of the men coming in the Granma boat with Fidel Castro to fight in the mountains and he played an exceptional role in the Cuban Revolution.

A huge statue of the Ché vigils the horizon from the Revolution Square in Santa Clara. Under his feet a door gives access to an illustration of the Bolivian jungle where he and his troop found death. Green plants and orchids preserve their remains and you will hear the amazing story of the rests lost for 30 years and found by Cuban specialists. While the museum, at the right door, treasures maps, cameras, pictures, shirts, objects to understand and remember the sacrifices of these peculiar persons.

Be one of the thousands of travelers visiting Ernesto Ché Guevara memorial in Santa Clara this year and have a taste of Cuba’s history.

Among the most famous museums in Cuba is the Museo Romántico (Romantic Museum) of Trinidad. The venue used to be the house of the Count of Brunet, a figure responsible of the establishment of the first railway from the Casilda Harbor to the sugar mills he owned at the Valley.

The palace is considered one of the most beautiful mansions of the island. With an elegant colonial style, the 14 halls are a vivid representation of the decorative arts during the romantic period in Cuba. Lovely porcelains, rich paintings and stunning domestic objects from the XIX century represent a collection that will astonish every visitor.

Near to the beautiful city of Holguín, you will find a site of mandatory visit for any traveler. Chorro de Maíta is an open-air museum where the visitors feel transported to the period in which the first settlers of Cuba populated forests and rivers.

Chorro de Maíta (Maíta’s Stream) was named after the owner of a farm and a great stream existing in the area around the XVIII century. Discovered in 1976, the cemetery-museum represents the most important archeological site of Cuba and The Caribbean. Today, it surprises the visitors with 56 aboriginal remains (taínos) from 1490-1590 in the original positions in which they were found.  The interesting location exhibits domestic objects, ceremonial instruments, shell earrings and necklaces, flints and ceramic fragments manufactured by the ancient ceramist community.

To complete the impression, you will find a representation in stone of small taíno village with 38 hyper-realistic human sculptures of the Arahuac ethnic group.  Men and women dressed with the garments and beads they used to wear, seems to continue their daily activities. Taste typical native dishes in a place where time seems to have stopped, sense the magic of the first inhabitants of Cuba.

The Bacardí Museum was the first museum created in Cuba, as an initiative of the former mayor of Santiago de Cuba Emilio Bacardí Moreau. Founded in 1928, it treasures the most important collection of historical objects related to the Cuban independency wars. For example, an artisanal torpedo built by the mambises (Cuban warriors) to attack the Spanish ships at the Cauto River during the 10 Years War of Independency. You will admire also a very complete assemblage of local colonial painters.

Santiago de Cuba, one of the first “villas” founded by the Spaniards in Cuba, faced during centuries the attacks of corsairs and pirates attracted by the richness of the island. There was not a better place to create the Piracy Museum.

If you book our trip Explore Cuba tour you will have plenty of time to uncover the mysteries of the second biggest city in Cuba. We propose you to visit the Castillo de San Pedro de la Roca del Morro, a military fortress built during the XVI and declared World Heritage in 1997. Inside the castle designed by the Italian engineer Juan Bautista Antonelli to protect the entrance of the bay, is a very unique museum dedicated to the history of the pirates in the Caribbean waters. Prepare yourself to be embedded in the stories of numerous buccaneer incursions between 1538 and 1600.

One of the most memorable assaults to Santiago de Cuba was performed by the French Jacques de Sores who disembarked four ships of men while the inhabitants of the city were sleeping. He kidnapped the most important citizens and demanded the payment of 80,000 pesos in gold. Sores stayed in the city for 30 days.

Contact Espíritu Travel today and travel to Cuba. These wonderful museums are waiting for you. Just enjoy!