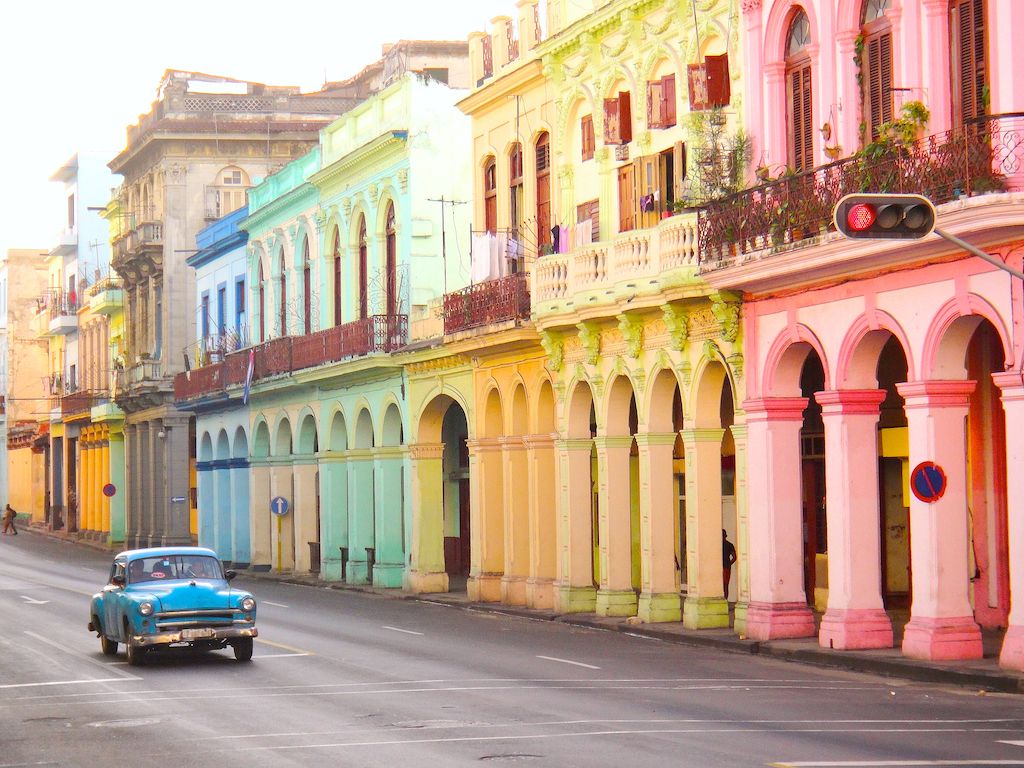 500 years ago, a melting pot of different cultures and races settled in northwest Cuba and began to shape what is now one of the most vibrant cities in the world. We tell you what are the best things to do in Havana for its anniversary. Take note and enjoy this wonderful city.

Havana is music in the streets, colourful colonial buildings, vintage cars and history marked by revolution and courage.

Despite Cuba’s troubled history, especially during the 20th century, the Cuban people have never lost their cheerful spirit and they welcome foreigners with kindness and warmth. They have the rhythm in their veins and spread joy in a way that will immediately win your heart.

Also, no matter what time of year you decide to visit, you will be welcomed by a splendid tropical weather.

That sounds great, right? In case you are considering visiting Havana for its 500th anniversary, we have listed 5 must-dos while in Havana.

Walking the streets of Old Havana, a UNESCO World Heritage Site since 1982, is the best way to immerse yourself in Cuban history and culture and discover all its gems.

This is where Havana’s history began in November 1519, specifically in Plaza de Armas. This stunning square is flanked by beautiful palaces, such as the one of Capitanes Generales, which today houses the City Museum.

La Plaza Vieja is another of the most emblematic places and one of Havana’s most vibrant gathering spots. The restored façades are a mixture of different architectural styles, from Art Nouveau to Cuban Baroque.

In this area you will find endless art galleries, shops, bars and paladares where you can experience at first hand Cuban daily life. Don’t miss the 10 best restaurants in Havana.

Following those streets, you will eventually run into the elegant Cathedral of San Cristóbal or the lively Plaza de San Francisco.

But, beyond all the emblematic buildings and squares, Old Havana is full of vintage cars that match the brightly coloured façades, outgoing locals with whom you can chat, or salsa and rumba music. That’s the essence of Havana.

The Capitolio lies on the border between Old Havana and downtown Havana, in Paseo de Marti.

It is one of the most famous buildings in the city, probably due to its role in Cuban’s history, since it was the seat of government until the Cuban Revolution in 1959.

It is currently being restored, but the works will finish this year for the 500th anniversary. It will become again the home for Cuba’s Communist parliament.

If you are lucky enough you might be able to pay it a visit!

Hanging out along the Malecón and climbing up the fortresses

We are pretty sure you have already heard about el Malecón, one of the most famous spots in Havana. This boardwalk separating Havana from the Caribbean Sea is the place where groups gather to have a drink, talk or just contemplate the sea.

To get the best biews of the Malecón and Havana, you can climb up to the impressive fortresses overlooking the bay: San Carlos de la Cabaña, San Salvador de La Punta and Castillo de la Real Fuerza de La Habana, which were built to defend the city from enemies and pirate attacks centuries ago.

Soaking up the history of the Cuban Revolution

The Cuban revolution is known worldwide and can be felt all around in Havana.

To learn more about these turbulent years, we recommend you visit el Museo de la Revolución, which holds the largest collection of items used in the Cuban Revolution.

In Plaza de la Revolución there are two symbolic murals of Che Guevara & Camilo Cienfuegos. No tourist misses this place.

However, one of the best ways to really learn about their history is to have wide-open eyes and to be all ears, because the footprints of the past can be felt all around in Havana.

From the art galleries at Fábrica de Arte to museums and cultural events… Havana’s cultural wealth is endless.

If you are more into experiencing Cuban nightlife, you can’t miss Casa de la Música. Casa de la Música is where everyone goes for live music and salsa dances. It is a place to get lost among tourists and locals and dance as the Cubans for one night.

One of the most emblematic bars in Old Havana is el Floridita, which became world famous thanks to the writer and journalist Ernest Hemingway, who used to visit this place regularly.

We could spend hours talking about the reasons to come to Havana, but we think you should come and live it for yourself.

If we have convinced you to visit Havana this year, we can organize a tailor-made trip for you, including all the activities that you like.

Our tour guides are knowledgeable and fun. Give us a call today!