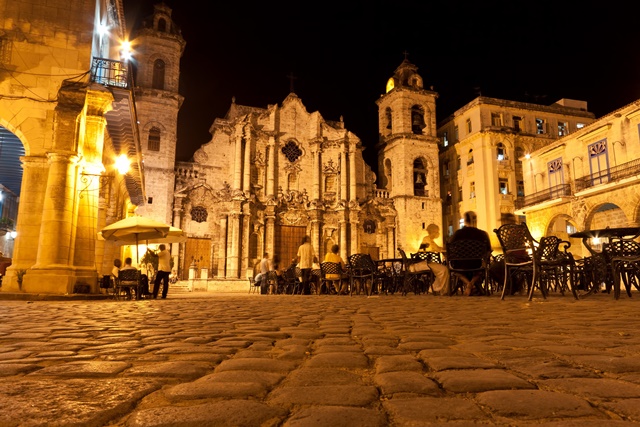 ¨It is a land more beautiful than any human has ever seen.¨ This is how Christopher Columbus described Cuba. And it is that the island is a mix of traditions, cultures, history, colors, flavors and smells that has turned it into one of the most attractive destinations for those who love the exotic. The beaches of Cuba and the wide range of tourism activities for active people offered such as snorkeling or diving as well as its colonial heritage will make you want to reserve your trip to Cuba.

There is a new Cuba in Old Havana. And this has become a meeting point for locals and foreigners eager for special experiences. Old Havana is true reflection of the cultures that have passed through it. English, Spanish, French and Americans have all left their cultural and artistic mark, embodied in each of the buildings that make up the historic center of Havana, which helps to give it an aura of unique magnificence. Havana is now the most representative sample of a special fusion of cultures, the best opportunity to know the real Cuba, the real Cuba which for years has been off-limits to you. Old Havana is the heart of Cuba’s numerous architectural treasures and buildings of great historical and cultural value, recognized by UNESCO in 1982.

The Capitol is one of the most recognizable buildings of the colonial city center, an absolute must if you plan to legal travel to Cuba which already you are able do. It was designed by architect Eugenio Raynieri inspired by the Capitol in Washington and is the seat of the legislature of Cuba. It has a neoclassical façade and is crowned by a dome of enormous dimensions. The Cathedral of San Cristobal is considered one of the architectural jewels of Old Havana and one of the most distinguished representatives of American Baroque. It has three naves and houses up to eight chapels. Columbus was laid to rest here until he was moved to Seville in 1898.

In one of the streets leading to the cathedral, is La Bodeguita del Medio, where you can taste the best mojitos on the island, as Hemingway liked, and enjoy live Cuban salsa. The Old Town square is flanked by large arches and punctuated by numerous colorful houses. The center is dominated by a large statue. In the same some important colonial buildings are, like the Palace of the Counts of Jaruco, noble residence of the eighteenth century.

The Plaza de San Francisco de Asís is one of the most picturesque places of Havana. Built in white marble by Italian architect Guiseppe Gaginni, it dates from the sixteenth century and is presided over by the Fountain of Lions. Strolling along its irregular pavement is a luxury and it allows you to enjoy the unique colonial buildings such as the Church of St. Francis of Assisi, done in the Baroque style and inside it houses a religious museum. The Rum museum is also located in this square. Your visit will allow you to delve into one of the most important parts of Cuban culture. Even if you are not a drinker you cannot leave the island without tasting good rum, or without smoking one of the typical Cuban cigars.

At the same time you also encounter the museum of Alexander von Humboldt, considered the second discoverer of Cuba and this museum allows you to explore the historical development of the island. There are also skeletal replicas from both a Kritosaurus and a pterosaur.

In one of the streets off of Plaza de San Francisco de Asis is the aquarium, where you can enjoy a small universe of freshwater fish. But if you want to know the intricacies and depth of Havana, almost inevitable if you are about to travel to Cuba, enjoy getting lost in its narrow streets, paved and dotted by colorful houses. Then you will find charming places like Calle Obispo, the quintessential colonial neighborhood of Cuba. You will hear the beat of salsa and all kinds of Cuban rhythms that will make it impossible to stay still. It is full of bars, where they make the best daiquiris, and restaurants where you can taste delicious pickled Obispo.

Choose your trip to Havana with Espíritu Travel to Cuba