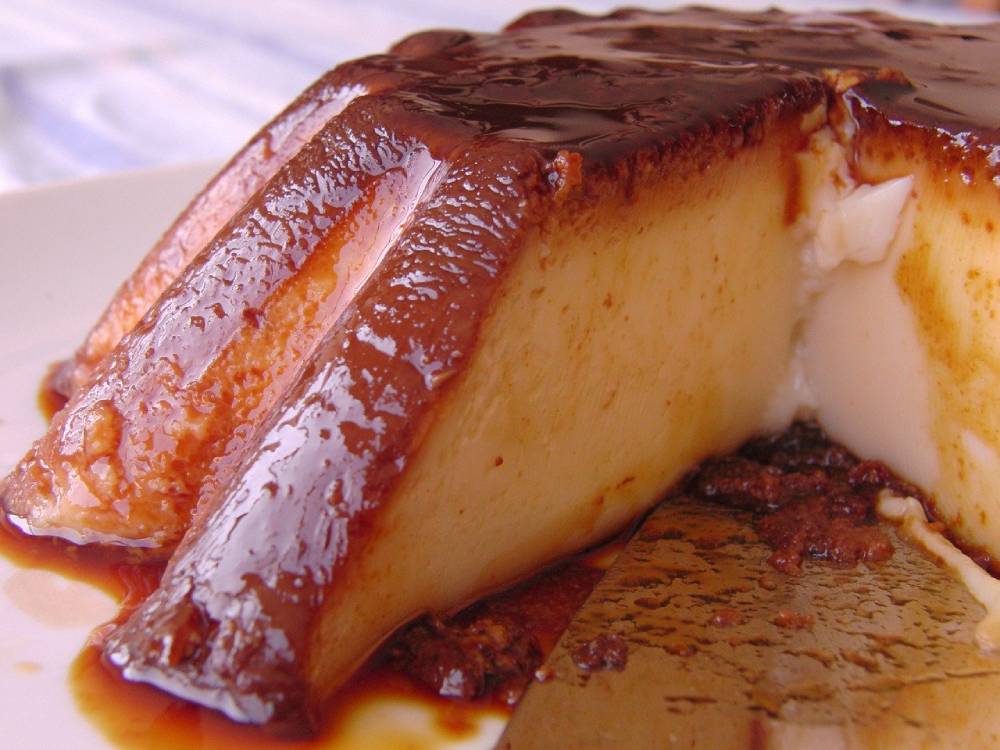 Cuba’s culinary history has multiple branches. The encounter of natives and Europeans, the introduction of African and Haitian slaves, the migration of Spaniards, Chinese, French and Arabian people created and watercolor of flavors capable of surprising every palate. Times change but cuban desserts stay in the island’s tables not only as a fabulous after-dinner but as a way of sharing happiness with family and neighbors. Who could stay sad or angry after a portion of casquitos de guayaba?

Espíritu Travel aims helping you to fall in love with Cuba reading about its traditions, then travelling to really get to know them. So, if you have a sweet tooth follow us in this promenade through the most popular Cuban desserts.

Some say Cubans eat too much sugar, however they forget that we used to be a sugar island. During the 19th century the Pearl of the Caribbean turned into the greatest sugar exporter in the world.  Then, it’s not a shock the long tradition of homemade marmalades, desserts in syrup and fluffy pastry with liqueur conserved by the collective memory.

Having something sweet after a meal was a custom was introduced by the Spaniards during the colonial period. Each generation learned that dinner wasn’t complete after grandma’s delighting surprise was on the table, and, of course, there was always a portion kept for the good neighbor. Today many restaurants and little cafeterias have rescued these traditional desserts for the bliss of our palates and hearts. Don’t wait no more, give a try to this mouthwatering typical Cuban desserts and tell us what you think.

There is not a single Cuban who can hear these words in Spanish without smacking his lips. The casquitos de guayaba (could be translated as Guava little helmet or beanie) are a popular dessert across the island, something we traditionally eat from our grandmother’s hands.

The guava is peeled and cut into two halves and the seeds are removed with a spoon without breaking the skin. Hence final result looks like a small helmet. The caskets are cooked with sugar and water until a syrup of intoxicating scent is made and the casquitos melt in the mouth. However the final secret of this marvel come at the moment of serving it: the dish has not only the guava helmets in syrup but some slices of authentic Cuban cheese. Do you like how it sounds? Then give it a try each time you see it on the menu of a Cuban paladar.

Recognized by its wonderful beaches and its proximity to the Jardines de la Reina (Gardens of the Queen) archipelago, Morón is one of the most interesting and populated cities of Ciego de Ávila Province. Also called the Rooster City, it’s not only remembered by the awesome snorkeling site but by its delicious “torticas”.  Morón’s torticas look similar to cookies but the flavor is totally different. They were created by Doña Serafina Echemendía in 1926. The original recipe, originated in Andalucía, included peanuts and almonds but this creative lady decided to change the dry fruits by grated lemon peel and voilá! The new sweet quickly surpassed the city’s barriers to become the standard of Cuban pastries.

The torticas are a mixture of wheat flour, vegetal fat, sugar, eggs, baking powder, lemon and salt. After baking them, these round delights crumble in the mouth with a surprising sweet and salty flavor. Eating this pastry is a real delight and they are an ideal complement of a black Cuba coffee. When visiting Ciego de Ávila, don’t forget to taste the torticas de Morón.

When we think in Baracoa, we can help thinking about breathtaking landscapes and coconut cones. Founded as a village in 1511, the ancient city is a melting pot of traditions of all kinds, from the music to the culinary secrets highly influenced by native and African descendants.

The cucuruchos de coco (coconut cones) are a piece of Baracoa’s art you need to try, even if you are not keen of desserts. It’s preparation in a charcoal fire includes grated coconuts and their milk, lemon peels, honey, sugar cane and a fruits assortment (guava, pineapple, orange, papaya and more). There is even a popular variant that includes cacao. The magic is made in the casserole where all is cooked slowly until the syrup is ready. Then comes the packaging process which in itself is an art: the famous cones are made of dried palm leaves and dried banana leaves through a rustic and effective process. The lid and cords made of the same material make them very easy to transport.

Baracoa’s cucuruchos are not only beautiful, they can be conserved for a long time without losing its touch. Espíritu Travel’ Explore Cuba trip is the perfect opportunity to try every recipe of Baracoa.

Probably you have already tasted a flan elsewhere, maybe you don’t like it…but believe us, there is nothing like Cuba’s flan. Coming from different origins, it evolved to be a creamy, aromatic, mixture of caramel, eggs, milk (evaporated and condensed), sugar and vanilla you will never forget. It could have also a bit of cinnamon and lemon.

We recommend you to try it in Las Terrazas, Artemisa, where the homemade feeling is both comforting and delicious. If you are in Havana for a few days ask for a Copa Lolita (Lolita’s cup) in Sarrá paladar at Teniente Rey Street. You’ll be surprised by a cup of flan with Cuban ice cream. Oh, my mouth is watering!!

Who hasn’t heard about Cuba’s rice pudding! At the island is called simple “rice with milk” and it’s a simple dessert that used to be a symbol of purity and love. During the colonial times, the young brides offered this sweet to their suitors in their first visit if they were in love too.

The rice already cooked is prepared with milk, sugar and a piece of cinnamon stick. The result? A soft, magical dessert perfect to finish every dinner!

In every other region of the world the capuchino or cappuccino is either a monk or a coffee, however, in Cuba the capuchino is one of the most selected desserts you could have. Multiple egg yolks, sugar, cornstarch and a little wheat flour to get a formidable sweet that you certainly can’t stop eating once you try it.

The capuchinos are golden and fluffy, with a cone form who knows for what reason. But the real secret of their taste is the thick syrup covering them which has vanilla, cinnamon, lemon and sometimes anise. If you arrive to any part of the island and encounter with this dessert, don’t miss it, the melting flavor will stay in your tong, heart and memory forever.