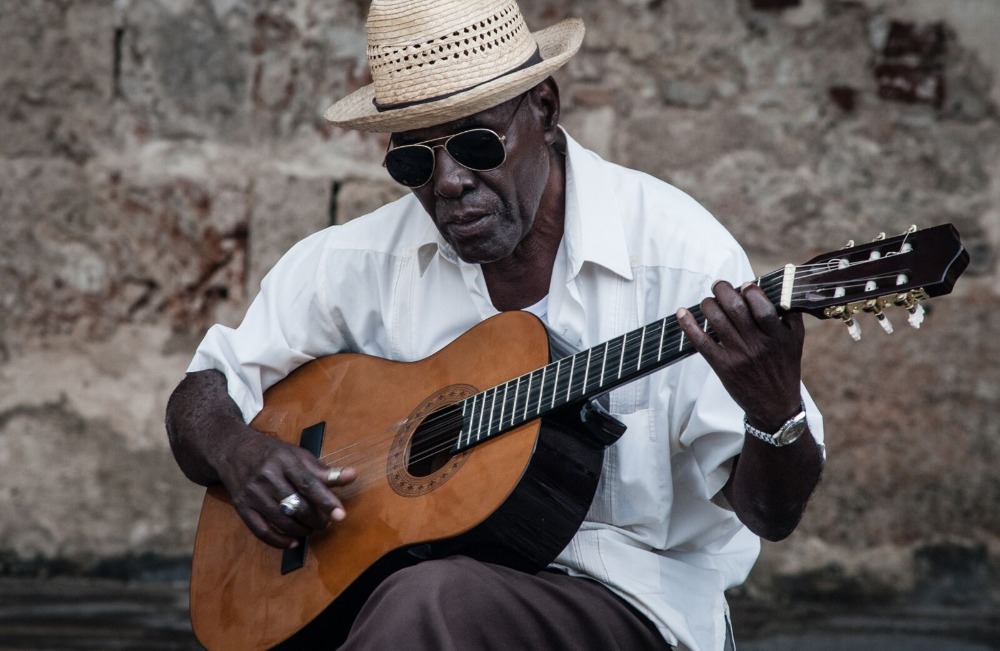 Why visit Cuba?  Well because you will never get bored. In order to  complement your excitement about the largest island in the Caribbean, here is the ultimate list of the best Cuban Festivals by season.

Even if there isn’t snow and the sun shines every day, winter is a special season to be in Cuba.  Beyond New Year’s Eve which is a festive atmosphere, there are four other famous festivals you may want to check out.

January is jazz, it’s the month in which prestigious musicians from around the globe and lovers of this genera meet in Havana and Santiago de Cuba to honor virtuosity, talent and improvisation. The International Jazz Plaza Festival has become an important tradition, contributing to the recognition of  Cuban and Latin Jazz.

You have the opportunity to enjoy unique concerts, debates, conferences and many other cultural activities related to the development of the jazz around the world. Among the usual venues for the festival are the Mella Theatre’s Garden and La Zorra y El Cuervo Club in Vedado. And of course, don’t miss the performances by the multi-award winning Cuban musicians Bobby Carcassés and Chucho Valdés.

From February 7th to February 17th

Also called the Book Fest in Cuba, it’s held during the month of February all over the island. Every year, it  is dedicated to a different country and to a Cuban writer.  In 2020, Bolivia will have the chance to promote its culture by bringing not only Bolivan books but also musicians, paintings and artisanal crafts.

Since 1982, the Morro-Cabaña Complex which is formed by two the biggest fortresses in the Havana.  It is the most important seat of the International Book Fair. Once full of weapons and prisoners, today the huge stone halls attract hundreds of national and international visitors during the February event. Bibliophiles can find books about poetry, narrative, theater, testimonials and biographies; there are classic authors, novel surprises and much more. The itinerant festival offers a participative space for specialist and institutions, which engage in talks, conferences, book presentations and readings. All together with some of the best views of the city. It is definitely worth a visit!

If you feel like dancing salsa with the finest musical groups of Cuba, then make a reservation for the Salsa International Festival in Havana. During the last four years, Los Van Van, Bamboleo and many other experienced musicians bring their art to the Metropolitan Park at the riverbanks of the Almendares (Vedado), to promote Cuban popular music.

Directed by the musician Maikel Blanco, the Festival has been a success since the first edition, inviting also international figures such as the Boricua Jerry Rivera. The salsa moves, the happiness of the dancers, the live music and the beauty of the scenes are the recipe for the perfect February.

Spring has brighter colors in Cuba! Why? Because plastic arts invade the island’s streets to bring joy to everyone.

Contemporary art has an appointment in Havana, every two years. The city turns into a giant cultural corridor for Cuban, Caribbean, Latin American and African creators defending their rights to a unique national identity. People are surprised to see giant elephants made out of papier mache at the entrance of a supermarket, an oneiric sphere at the Malecón or some mysterious figures made with recycled material at 23rd street. That’s because, there are not only galleries, universitary centers and museums engaged in the festival, but any space that can be an expression of the artists and the public interests

This year, the largest visual arts event in Cuba had the theme “Construction of the Possible”. More than 200 artist from Portugal, Brazil, Colombia, Argentina, Mexico, France, Peru and Spain participated, and, for the first time the event was extended to other provinces such as Camagüey, Cienfuegos and Matanzas. This places you can visit thanks to our trips to Cuba.

Would you like to visit Cuba during the 14th edition of the Havana Biennial? Contact Espíritu Travel ☺.

The International Festival Romerías de Mayo highlights the uniqueness of Cuban young arts. It’s celebrated in Holguín and planned by the Hermanos Saíz Association (AHS), an organization grouping the creators’ vanguard of the island. Every May, traditions and modernity transform the city of Holguín in a capital where the youth of all the provinces exchanges and presents its talent.

The event commences with a pilgrimage to the so-called Loma de la Cruz. It’s where this festival originated during colonial times. According to the legend, the Franciscan monk Antonio de Alegría puts a cross at this place (the highest point in the area) to avoid diseases and natural catastrophes. Today it’s the starting point of seven day event.

Finca La Vigía, the last home of the Nobel Prize Ernest Hemingway is not just a museum. Every year from June 20 to June 23 is place of the Ernest Hemingway International Colloquium. His home is where he wrote the Old Man and the Sea, journalists, editors, historians and other specialists debate the writer’s life and legacy.

Visitors also find books and movies, in a rich multicultural environment. There is not a better way to feel and understand Hemingway. With our trips to Cuba you can discover different places where Hemingway spent his days on this island.

With the heat comes a different sonority, feet want to move, the eyes look for new ways to understand the world. Summer is a season to explore our roots and discover again Cuba.

The bolero was born in the most humble venues of Cuba around 1840, from the hands of José “Pepe” Sánchez. Intimate and lovely, it became one of the most popular musical genres in Cuba and many other Spanish-speaking countries. Classically was accompanied by guitars and percussion, however it evolved to be played by symphonic orchestras. The bolero started to decay during the 70´, however its influence in the ballades and the romantic songs in general is undeniable.

And to honor the bolero and to demonstrate that it continues to be part of Cuba’s essence, the Boleros de Oro Festival (Golden Boleros Festival) is held from June 22nd to June 26th at the Provinces of Guantánamo, Santiago de Cuba and Havana. Founded by José Loyola Fernández in 1993, the fest is dedicated to a different country every edition and it’s divided thematic chapters such as The bolero ranchero and the mariachi, The bolero and the bachata, The bossa nova and the bolero and The bolero in charanga and jazz band formats.

If you are interested in this proposal, you could enjoy encounters, dancing competitions, conferences, disks and books vends and unique concerts with visitors from all Latin America and the Caribbean. In Havana the public can assist to the Mella Theatre and the Hurón Azul of the Union of Writers and Artists of Cuba (UNEAC), for example. The past edition was focused in the famous Boricua singer Daniel Santos.

Open your heart to the most genuine Cuban Festival. You will love boleros!

From July 3rd to July 9th

Have you dreamed about learning more about every Caribbean island? Then the Caribbean Culture Fest or Fire Fest will made your summer. Celebrated in Santiago the Cuba, the event is an integration of the arts, academic and scientific advances and communitarian projects of the African, Latin American and Caribbean countries. One of the most beautiful and interesting spectacles you will find in Cuba.

The city dresses with shining colors, people dances everywhere, and popular art flourishes. Among the most important moments of the event are: The Fire Parade with a Congo ritual and the delivery of the Mpaka, the emblem of the fest to the country to which it will be dedicated next year; The diablo burning, where a big “diablo” representing evil is burned between the sounds of the drums and the singers to prepare the way for the incoming Caribbean Culture Festival.  Don’t miss the opportunity to assist from July 3 to 9 2020 to the 40th Caribbean Culture Fest!

Everybody knows about Santiago de Cuba’s Carnival! Colorful and fun, it’s an expression of the French and African cultural influence of the region and an opportunity to move hips and feet like never before. When the first days of July arrive, carriages and costumes are already prepared, soon the whole city is on the streets dancing to the conga’s beats and not even visitors can resist that rhythm.

Santiago’s carnival is a remnant of what used to be the African cabildos’ festivities, the days during which the slaves had the permit to sing, dance and show their own culture, so different to that Spanish catholic roots. Today, the tradition endures and Santiago de Cuba’s Carnival welcomes everyone with open arms.

The International Festival of Independent Cinema ” (Festival Internacional de Cine Pobre) focuses on movies produced with a budget of under $300,000. It was established in 2003 by the Cuban director Humberto Solás, in the city of Gibara also known as The White Village. The objective was to inspire the production of authentic, ethical, inspirational cinema with a universal language, and the festival has become very popular nationally and internationally. Categories include novel scripts, short and long fiction plays, documentaries, experimental movies and much more.

When visitors attend this festival they have a double surprise: the beauty of the city of Gibara and the quality of the movies.

From October 28th to November 6th:

Havana’s Ballet Festival is one of the most prestigious and antique dance festivals in the world and it’s organized by Alicia and Fernando Alonso. Since 1960, every two years October dresses elegant to celebrate the performances of famous international companies such as Cuba’s National Ballet, The Royal Ballet and the New York City Ballet, and to honor unforgettable figures such as Igor Youskevitch and Galina Ulanova.

When October comes, the public fills the scene to admire not only classics like Giselle, Coopelia and Alicia Alonso’s Romeo y Julieta, but new plays from many countries around the globe. The Gran Teatro de la Habana and the National Theatre in Vedado are the main venues of the event. If you which to assist to Havana’s Ballet Festival, you may contact Espíritu Travel to learn every detail you need to know.

Cubans love theatre, thus it’s not surprising that the popularity of Havana’s Theater Festival with public of all ages. Founded in 1980, it’s a display of the diversity of artistic languages, conceptions and modalities from countries like Colombia, Brazil, Germany and France. Parks, theaters, hospitals and schools provide a space for cultural lighting and interaction. If you arrive in Havana in the last days of October to spend a weekend in Cuba, you may want to search for free games in Old Havana and Vedado.

We understand how important is to choose the best season for your trip. Then don’t miss our Travel to Cuba, a whole-year paradise, a unique guide through Cuba’s notable moments of the year.

Contact Espíritu Travel to plan your trip to Cuba so you can include one of these festivals in your vacation.