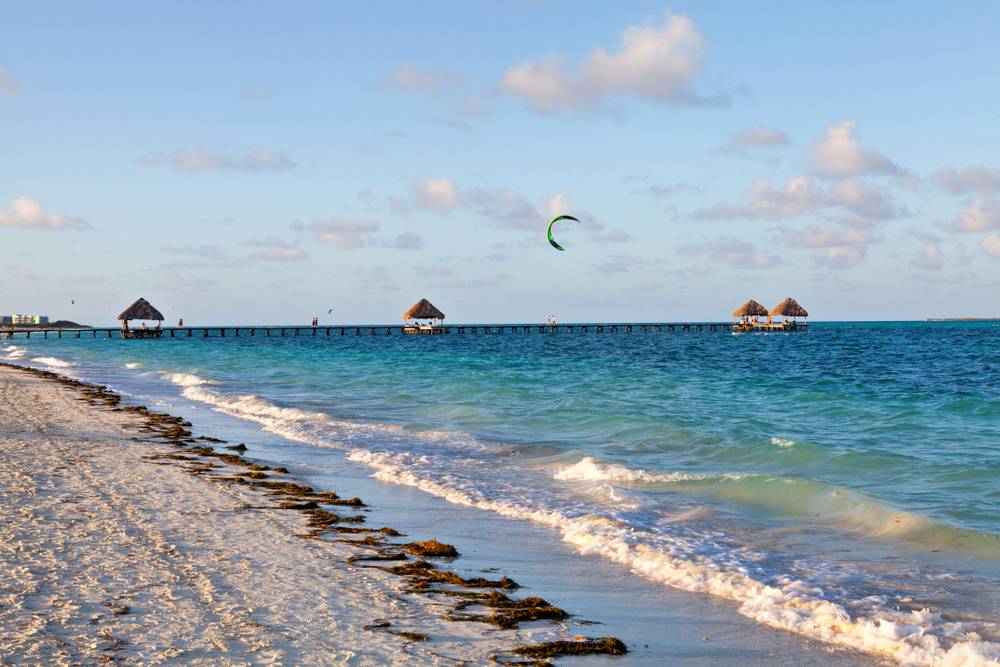 Located in the center-east of Cuba, the Sabana-Camagüey Archipelago, better known as Jardines del Rey, is one of the most incredible corners of the Caribbean known by its outstanding keys connected by a big bridge over the water.

Continue reading if you want to know what to see in Jardines del Rey.

Jardines del Rey is made up of a set of keys located in the eastern part of the Sabana-Camagüey archipelago. The undoubted beauty of the keys is reflected in their extraordinary ecosystems and in the varied flora and fauna that inhabit them.

They also stand out for their beautiful virgin beaches, with fine coral sand and warm transparent blue-green waters. Another great attraction is the barrier reef, that with 400 kilometers of length is considered the second largest in the world.

A bit of history of Jardines del Rey

Jardines del Rey gets its curious name from the colonial era, around 1513 and 1514, the Spaniards named the archipelago in honor of the monarch Fernando el Católico and in contrast to other more southern islands, already named then as Jardines de La Reina honoring Queen Isabel la Católica. Jardines del Rey was also the scene of battles between pirates and corsairs or the place where groups of fishermen settled.

It is currently one of the most famous places in Cuba to enjoy some days at the beach and the seabed as it has a great barrier reef. Unlike other places in Cuba characterized by sun and beach destinations, Jardines del Rey is less crowded than other areas such as Varadero.

The keys of Jardines del Rey

The main attraction of Jardines del Rey are the keys, and especially its beautiful virgin beaches of fine coral sand and its transparent waters of various blue-green tones. Among the keys that make up Jardines del Rey stand out for their popularity.

Cayo Francés: Where the unique San Pascual ship is located

This key is characterized by the action of marine erosion, which has caused a multitude of cliffs on its north coast, and swamps covered by mangroves in the south.

If you like diving, check out our Scuba Diving Trip to Cuba.

It receives it’s name from a legend that sais that a young woman in love gave her soul to the witches after being abandoned by her lover. The natural beauty of this place is reflected in the Las Salinas beach, which, barely 2 kilometers long, captivates with its fine white sand and its waters of different blue tones.

It is considered as one of the most beautiful keys in Jardines del Rey. Despite its small size, its virgin beaches of fine sand and its warm turquoise waters make this place a paradise, especially highlighting Los Ensenachos beach and Mégano beach, on whose shores you can see starfish and colorful fish. You can also visit the enigmatic Cueva del Muñeco, a cave that shows the passage of indigenous tribes through the key.

You can walk along its almost 10 kilometers of beach while enjoying the nature that surrounds it, such as Buenavista Bay, which belongs to the Biosphere Reserve from the Ramsar Convention.

You will be able to cross the “Pedraplén”(a long bridge that connects the keys), a viaduct built over the sea with the aim of connecting the different keys. You can also enjoy its different beaches, highlighting Las Gaviotas beach, accessible through a protected marine reserve, Perla Blanca beach and Las Caletas beach, famous for their white sands and crystal-clear waters. Within the key you can also visit Pueblo La Estrella and Pueblo Las Dunas.

Cayo Guillermo, which has the highest dunes in the insular Caribbean

Cayo Guillermo it is mainly known for its Pilar beach, where you can enjoy its warm and calm waters of green and turquoise tones or lie on its white sands under the shade of palm trees while listening to the soft song of the seagulls.

A short distance away is Media Luna Island, a small islet where you can enjoy the seabed that surrounds it, where you will see schools of fish and the remains of a sunken ship near the coast.

Cayo Coco is with Cayo Guillermo one of the best known keys of Jardines del Rey, in it you will find extensive beaches of fine sand and turquoise waters to walk through, such as Playa Larga and Playa Las Coloradas. In Playa Flamencos, as the water covers very little, you can enjoy the colonies of pink flamingos that come to the shore. At La Jaula beach, with a depth of 30 meters, you will be able to see different corals, fish, aquatic plants, and near the reef, even some species of shark.

Among the attractions of this beautiful place are the Bagá Natural Park, the dunes of Loma del Puerto and Las Dolinas, and the coral reefs.

This key is accessible through “El Pedraplén” and has its own airport, the Jardines del Rey International Airport.

Other keys of Jardines del Rey

The most accessible aquatic activity, is diving. Taking into account that the second largest coral reef in the world is located in these waters. Another option is to take a catamaran excursion and enjoy great views of the ocean while enjoying lunch or dinner on board. Finally, you cannot miss getting close to one of its famous lagoons and trying fishing if you have never tried it before. There is no place for boredom in Jardines del Rey!

Check out our article about What sports can I practice in Cuba?

Such is the beauty of this place that Ernest Hemingway bought a house in Havana, now a museum, and a ship, which he called Pilar, and with which he sailed around the keys. The uniqueness and richness of Jardines del Rey was reflected in the novel “Islands in the Gulf”, when mentioning several times throughout history the white sands and crystal clear waters of its beaches. He also mentions Cayo Guillermo, whose coast he describes as “beautiful, green and promising.”

In Jardines del Rey you can enjoy an infinity of activities in the middle of nature, such as hiking and bird watching, not to mention the large number of options for practicing water sports. Despite being especially recognized for its keys and beaches, there is much more to do than enjoy its impressive stretches of water and sand. What are you waiting for? Contact our local specialist in Espiritu Travel and start designing your trip to Cuba.