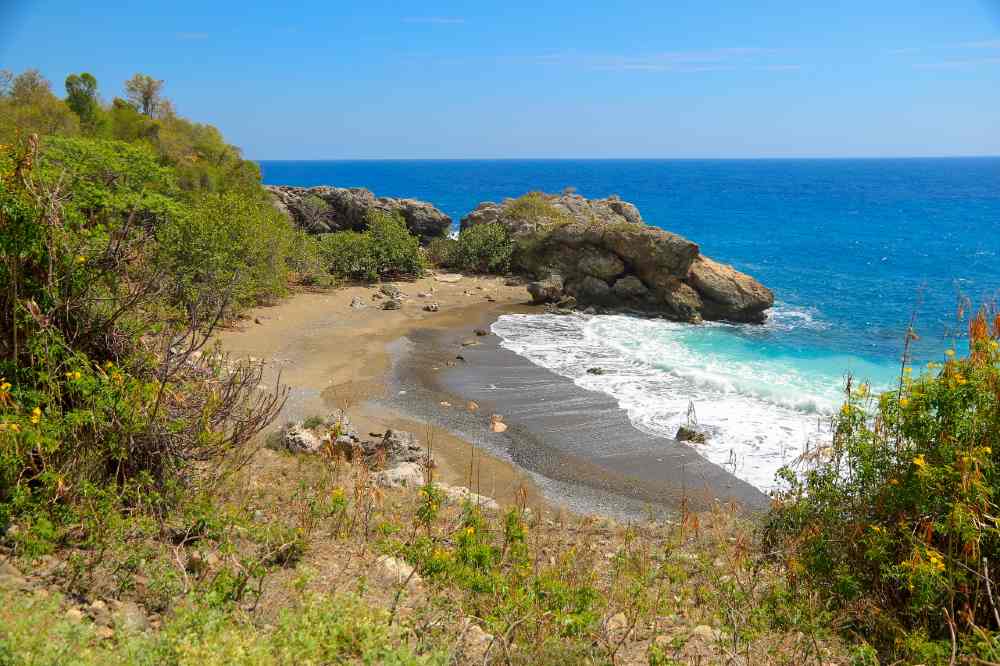 The remote area of Granma province is a fairly unknown region of Cuba. However, this southeastern part of the island saw the birth of Cuba as a nation. In 1868, Cubans rebelled against Spaniards to get independence in this very same place with Carlos Manuel de Céspedes in the lead. Granma province made history again in 1956, when Fidel Castro, leader of the revolution, landed in the region to start the guerrilla campaign against the dictator Batista. From that date, Cuba was immersed in a civil war.

In terms of what to see in Granma province, the region offers a wide range of historic sights surrounded by outstanding landscapes of tropical mountains and beautiful beaches. The cities of Granma province include municipalities such as Pilón, Manzanillo, Niquero and Bayamo. The last one became the capital of the region and is one of the most popular historical cities in Cuba. To enjoy Granma province to its fullest, you should not miss the main sites of these 4 cities.

Bayamo is the oldest city in Granma province and in the country. It was founded in 1513 by Spanish settlers and became a symbol of colonialism in the 16th century. Even though most of its impressive colonial architecture disappeared due to a fire which devastated the city, colonial traditions remain and are very present in Bayamo.

Throughout the 19th century, Bayamo’s citizens were known to be strong supporters of the revolution. In 1868, Carlos Manuel de Céspedes along with a large number of citizens of Bayamo revolted, starting the Ten Years War and, eventually, earning control of the city. Nowadays, you can visit Céspedes Park. This green area was built to commemorate Céspedes and the day he proclaimed the independence of Cuba in Bayamo.  Aside from its historical importance, the park is known to be a great place to enjoy the concerts that the Bayamo Band performs every Sunday. If you want to keep learning about Céspedes, you can also visit Carlos Manuel de Céspedes’ Birth House which holds different objects related to the revolution as well as Céspedes’ life.

Out of all cities of Granma province, Niquero is the one that stands out the most for its breathtaking nature. Located on the coast, this city is home to more than 500 different species of plants, including 12 autochthonous. If you enjoy hiking, you should include the award winning National park of Desembarco del Granma in your schedule. Other interesting natural sites are Cabo Cruz Lagoon and Playa Las Coloradas Beach. This last one was key during the revolution as it was chosen for the Disembark of the Granma in 1956. To commemorate that special day, the Portada de la Libertad monument was erected in the very same spot.

In the southwest of Granma province, you can find the historical city of Pilón. In the 9th century, Araucanian indigenous arrived from Venezuela and mixed with locals resulting in a new culture. They also developed new ways of doing their day-to-day activities such as creating pottery, hunting or fishing. The municipality has several archaeological remains place in the sites of Punta de Hicacos, Nuevo Mundo and Ojo de Toro that you can still visit.

Close to the city of Manzanillo, the town of Marea del Portillo arises. Marea del Portillo is a beach paradise by the Caribbean sea where, apart from sunbathing and having a refreshing dip in its crystalline water, you can also enjoy horse riding in a surreal environment of cascades and mountains. This area is also a great place for divers as it has its own Diving International Centerwhich which offers affordable immersions for beginners and experts.

Granma province is a historical gem that offers a wide variety of sights to visit and activities to do. If you are still wondering what to see in Granma province you can check out the trip ideas section of our website to get some inspiration. You can also contact our team of experts in Cuba to ask any questions that you might have related to Granma province or Cuba in general.